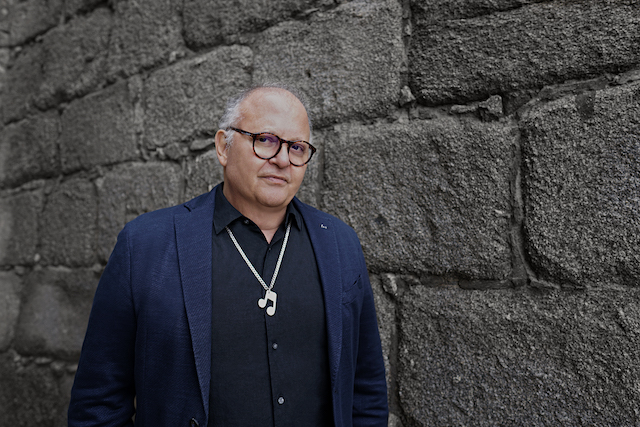 Guilherme Arantes & Tour in the US - "Legendary Brazilian Musician"

An artist with an incredible crossover between all social classes, admired both on and off stage by audiences and critics everywhere for his unique combination of being a composer, a singer, a hitmaker and a pianist. Many songs that Guilherme wrote were recorded by major Brazilian artists, like Roberto Carlos, Maria Bethania, Elis Regina, Caetano Veloso, Gal Costa, Leila Pinheiro, Nando Reis, Paulo Miklos, Fagner, Vanessa da Matta, Céu, and Edu Falaschi.Since 2000 Guilherme belongs to the Roster of Steinway Artists, the endorsees´ Gallery of the famous piano factory of New York and Hamburg.Guilherme composing style is considered a mix of pop, progressive rock, R&B, and much of the Brazilian heritage of bossa nova and "MPB".Guilherme just released a new Album in 2021 called A Desordem dos Templarios, with recent compositions written in Avila, Spain.During this pandemic period, Guilherme has studied orchestration and baroque music, and those classical influences, besides the Middle-Age atmosphere of the city, have been deeply imprinted on the recorded material.

The drums, bass, guitar, violins and trumpet parts were recorded in Sao Paulo, Brazil, and the guitars for the song Across the Abyss were recorded in Fort Lauderdale, Florida.Most of the songs are sweet piano ballads, very organic, with many layers of acoustic guitars, creating a very personal and classic pop dressing. The title song "A Desordem dos Templários" is a mix of north-eastern Brazilian “Baião”, with strong Zabumba, percussion, building a very peculiar blend of this folkloric rhythm with a progressive Rock structure, building up a complete suite of many parts, in a total of seven minutes of listening journey.

In the instrumental “Kyrie” I gave my best to build a Gregorian choir, made of 3 voices in an intricate dialog, merging into a very radical Progressive counterpoints for guitar, organ, clavinet, Minimoog , drums and string orchestra, bringing the same notations used in the baroque strings that open the very first song of this album, El Rastro.

Eduardo Mendonça has played, composed, and directed various genres of Brazilian popular music in the US, Canada, Nepal and Brazil since 1974. A native of Salvador, Bahia, Brazil, Eduardo has shared international stages with legendary Brazilian musicians Geraldo Azevedo, Alcione, and Jorge Ben Jor. Mendonça was opening act for renowned musicians such Guilherme Arantes and Ana Carolina. Eduardo has performed for many notable personalities, including the 14th Dalai Lama, Pope John Paul II, and former South Africa President Nelson Mandela, and he was featured in the PBS American Masters documentary, Paul Simon: Born at the Right Time.

In May 2016, Eduardo performed as guest artist with the jointly sponsored Seattle Symphony-Carnegie Hall project “Link Up: The Orchestra Moves,” exploring the creative process of this passionate composer through melody and motif.

Eduardo Mendonça traces his lineage to a royal African family bearing the hereditary title of Mamabeka ("prophet of the royal court"), as documented by the Instituto Geográfico e Histórico da Bahia.

Seattle is lucky to have Mendonça in the neighborhood" Paul de Barros - The Seattle Times.A naturalized US citizen, this multi-talented performer graduated in Arts Education is a much sought after artist-in-residence and master class instructor recommended by the Washington State Arts Commission for lectures, workshops, and school assemblies.

In May 2016, Eduardo performed as guest artist with the jointly sponsored Seattle Symphony-Carnegie Hall project “Link Up: The Orchestra Moves,” exploring the creative process of this passionate composer through melody and motif.

Guilherme will be doing a tour in the US during the month of July, 2022. 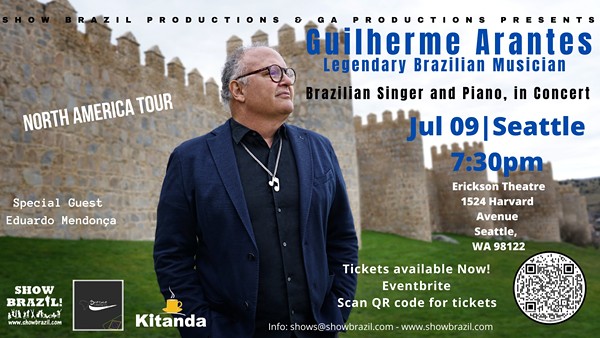 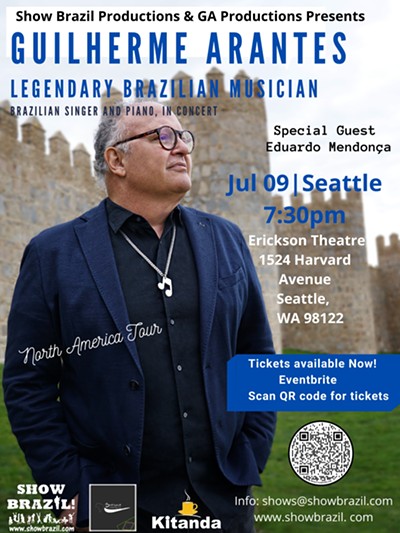