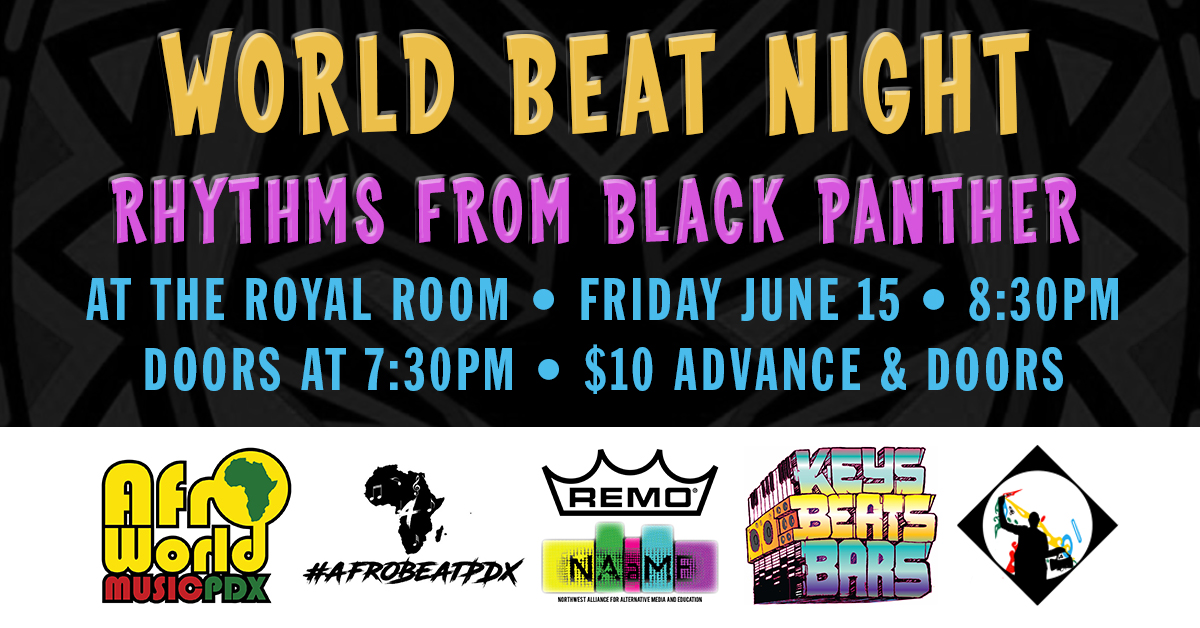 Massamba Diop is perhaps the world's most renowned master of the Tama, a talking drum from Senegal, West Africa. Most recently, Massamba has received much acclaim for his collaboration on Marvel's Black Panther soundtrack, providing the drumming for King Tchalla's theme music, heard throughout the film whenever the title character makes an entrance. He also performed with Mumford and Sons on their 2016 tour, including an appearance on The Tonight Show with Jimmy Fallon, and is featured on two videos in Playing For Change's new album “Listen to the Music”. In 2016, he launched the “Tamani Talking Drum” to the public with Remo Percussion, the first mass-produced Tama, a drum he helped design.

Thione Diop, percussionist from Senegal, West Africa, is widely recognized for his powerfully expressive Djembe performances. He is descended from an ancestral line of Griot drummers in Senegal, West Africa, and is a master of the djembe, sabar, tama, and djun djun. In 1998, Thione moved to Seattle to teach and perform; a year later he formed Yeke Yeke, a percussion ensemble that has performed the traditional rhythms of West Africa to delighted audiences for the last ten years. Thione is also responsible for some incredible regional events, such as the annual Spirit of West Africa Festival and Kasumai Africa, offering the Pacific Northwest audiences a chance to enjoy immersive experiences in African music, dance, and culture. Thione has shared the stage with such noteworthy musicians as Poncho Sanchez, Alpha Blondy, Prince Diabate and Max Romeo. Thione Diop and his group Yeke Yeke are well known from their many regional appearances in the U.S. and Canadian Northwest.

A native of New York, Dennis J. Dove began his professional career as a musician and actor at the age of 16. Dennis’s passion for music was cultivated as a young child. He quickly developed an interest for acting and music at an early age. He made his debut as a principle actor/drummer of the cast of the Broadway show Bring In ‘Da Noise, Bring In ‘Da Funk. This show was featured on Broadway from 1996 until 2002, and received Grammy nominations and was awarded four Tony Awards. 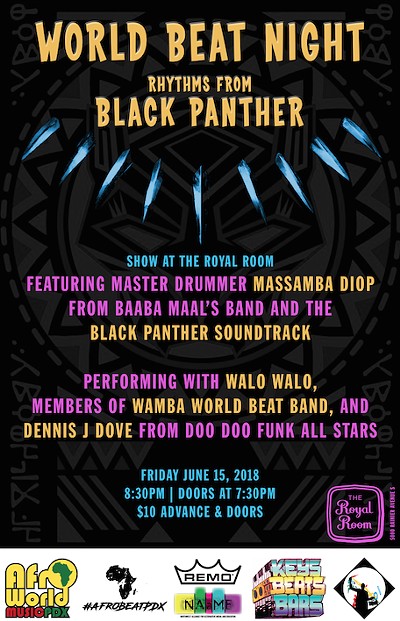