at Queer/Bar
This event has passed.

Put some jolly in your holly & ring those Christmas bells – Ginger Minj is bringing Crossdresser for Christ-mas to Queer/Bar on Friday December 13th! Laugh, cry, and spread the spirit of the season as Ginger tells silly, sensational, and TRUE stories of Christ-mas past! Raised in Lake County, Florida, Ms. Minj will be serving up tales of her wild, wonderful journey from being raised a Southern Baptist, to finalist on Season 7 of Ru Paul’s Drag Race, and a fan fave on All Stars 2, as well as her titles of “Miss National Comedy Queen 2012,” and “Miss Gay United States at Large 2013”.  Ginger also starred with Jennifer Aniston in the hit film "Dumplin" and is a voice and lead on "Super Drags"  Netflix sensational animated series.

Kaleena Markos from the Queer/Bar Mx. Show will be opening the show. 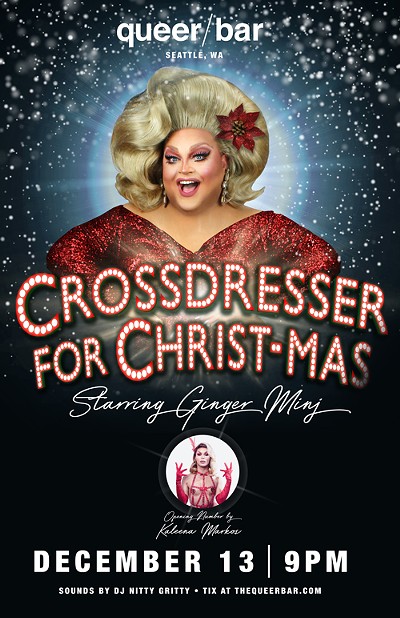