at Northwest Film Forum
This showing is free and does not require a ticket purchase. Please keep an eye on our social media or this ticketing page for information on how to access the film once the festival starts.

There are no tickets for this film, the film will be shown for free in part of support of #blacklivesmatter. We encourage viewers to please donate to BLM or other related advocacy groups. You can find some Seattle based organizations here.

There will be a livestreamed panel with Dickie Hearts and Maleni Chaitoo (other guests to be announced) to discuss PoC and Womxn perspectives on working in the film industry. Patty Liang, Executive Director of Deaf Spotlight, will facilitate the panel.

Compensation will be shown in a silent film inspired format with some English subtitles. 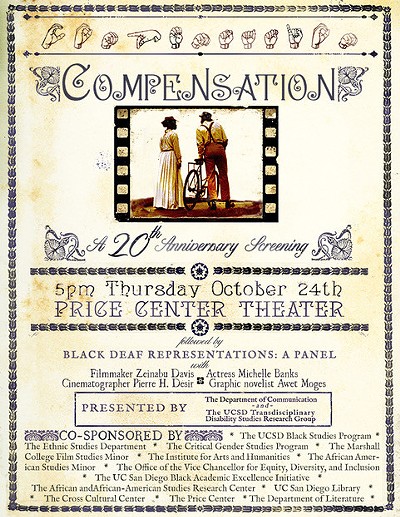 Go To Hell and Turn Left