The Prids
The Prids are a post-punk/indie rock band based in Portland, Oregon,[1] led by former couple David Frederickson and Mistina La Fave.[2][3] AllMusic described them as specializing in "a moody form of indie rock influenced by '80s college radio stalwarts",.[1] and their influences include the Smiths, Unrest, the Jesus and Mary Chain, Built to Spill, Wire and Sonic Youth.[2]

The Prids are known for following a strong DIY ethic, including the home recording of several of their records, booking their own tours and running their own Portland label collective, This-a-Way Records.

Sun Atoms
https://www.facebook.com/sunatoms/
https://littlecloudrecords.com/.../sun-atoms-let-there-be...
The Boston Globe called Jsun’s music “Dreamy and decadent in all the right places.” Sun Atoms is the debut solo effort from Portland, Oregon’s Jsun Atoms. Produced by The Dandy Warhols’ guitar pedal maestro Peter Holmström and mixed by London’s legendary Stephen Street (Blur, The Smiths, The Cranberries). The rich pedigree is evident in this 8 song LP, Let There Be Light, coming out October 1st on Little Cloud Records in the USA and The Acid Test Recordings in Europe. The album opener is a kaleidoscopic collaboration with The Black Angels’ Alex Maas on vocals and Mellotron. At the center of the Sun, atoms under intense pressure from gravity undergo a process. This album is an incredible combination of psychedelic dark wave and postmodern pop due in part to some first-rate guest performances including the leader of Brooklyn’s The Vandelles, Jasno Swarez, producer Peter Holmström (Pete International Airport, The Dandy Warhols), Gregg Williams (Sheryl Crow, Blitzen Trapper), St. Louis beat boss drummer Bob Mild, and Sacramento punks Pets, to name a few. The genres bend and blend song to song through such luminary influences as Love and Rockets, Moon Duo, The Cure, Nick Cave, Spiritualized, and Leonard Cohen. 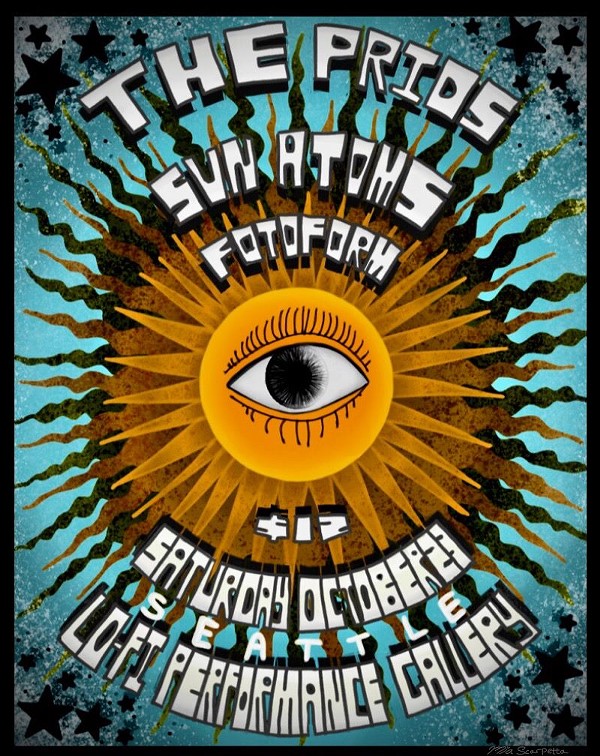