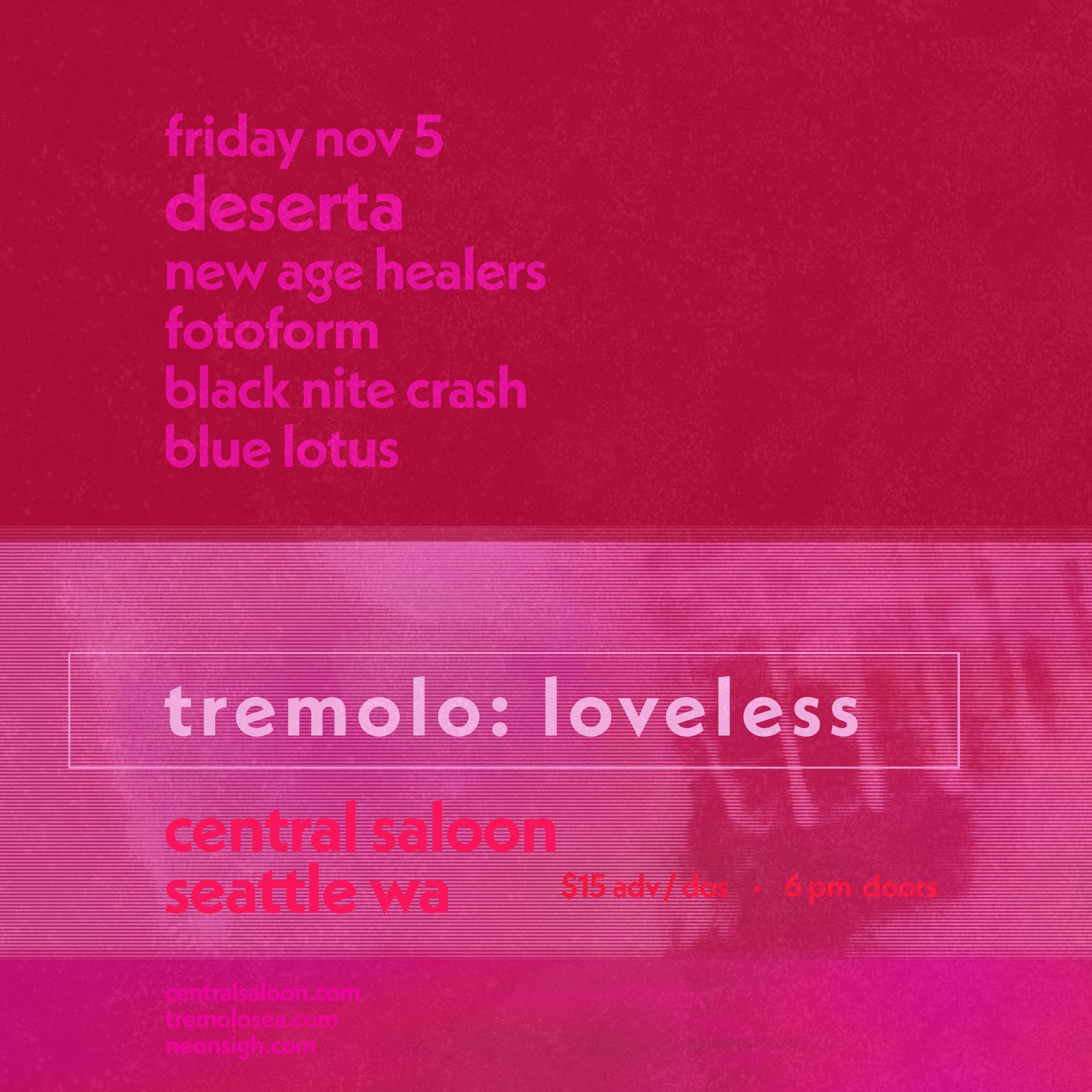 Presented by KEXP, New Music Festival To Debut in Seattle this November in Honor of the 30th Anniversary of My Bloody Valentine’s Seminal “Loveless” album

November 5th at the Central Saloon in Pioneer Square.

Doors at 6 pm with DJs

Tremolo, a musical event collective composed of members of several Seattle bands and Neon Sigh Records, announces its first music festival in Seattle this November to celebrate the impact of My Bloody Valentine’s groundbreaking “Loveless” album on the 30th anniversary of its release. The evening will feature national and local shoegaze, dream pop, darkwave, and like-minded bands playing their own material AND sharing covers of their favorite My Bloody Valentine songs.

This year’s headliner is L.A. indie shoegaze band Deserta, the newish project from Matt Doty (Saxon Shore, Midnight Faces). Deserta is slated to release new singles in anticipation of an upcoming album in 2022 via Felte Records. Their 2020 debut “Black Aura My Sun” was one of the most played albums on KEXP. Some of the bands rounding out the fest are Seattle bands Black Nite Crash, who have a new album due this fall, and New Age Healers, who with the addition of guitarist Jeramy Koepping (Voyager One/Grand Hallway) will debut new songs from their forthcoming album out in 2022. Fotoform’s latest full length, “Horizons”, which finds the band dipping their toes in not only shoegaze, but also post-punk, and dream-pop, comes out October 15th. Blue Lotus, featuring three former members of Golden Gardens, will make their live debut.

"My Bloody Valentine's Loveless album means so much to so many people, and the music we create and appreciate wouldn't be the same without it. This is a good opportunity for us all to celebrate dreamy, fuzzy rock music while recognizing a great record that influenced all of us." - Chris Bendix (Neon Sigh) 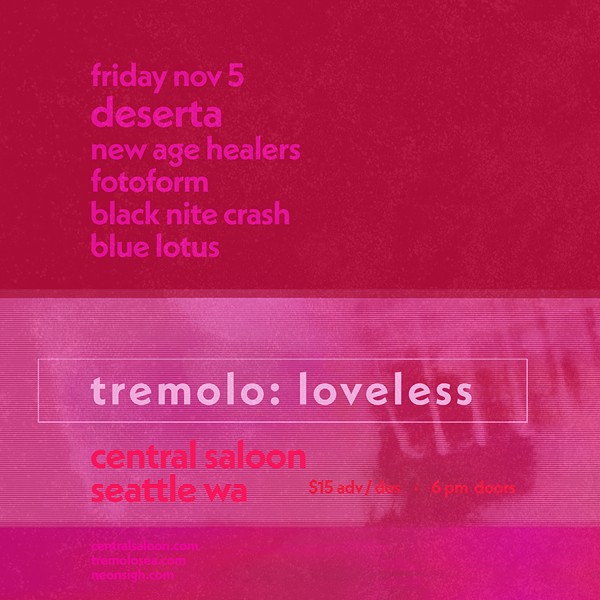