“The sounds in ‘No Old Rain’ transcend space and time, allowing the listener to discover unique musical paths.” Toninho Horta

When he moved from São Paulo to NYC in 2005, Brazilian percussionist Rogério Boccato could not have imagined he would end up on stage and Grammy-winning recordings with some of his musical heroes: John Patitucci, Maria Schneider, Kenny Garrett, Fred Hersch, Brian Blade, Danilo Perez, Billy Childs, Gil Goldstein, among others.

Now leading his group, Rogério arrives at yet another milestone: the release of his debut recording as a leader. With his quartet, Rogério breaks out of the traditional jazz mold, collectively weaving form and structure out of the disparate threads of each member’s creative input, using motifs from each song as springboards for spontaneous group compositions. The result of this open-eared deconstruction is a reverent, impressionistic vision of each song, as though viewed through a much-loved second-hand kaleidoscope.

‘No Old Rain’ focuses on gems of Brazilian music excavated from the source - written by four of the greatest composers of the post-Bossa Nova generation. They took Brazilian music into new directions: Toninho Horta, Milton Nascimento, Egberto Gismonti, and Edu Lobo. Just as their music could have only come from Brazil in the late 20th century, ‘No Old Rain’ is the seemingly inevitable result of Rogério Boccato’s 15 years in New York. 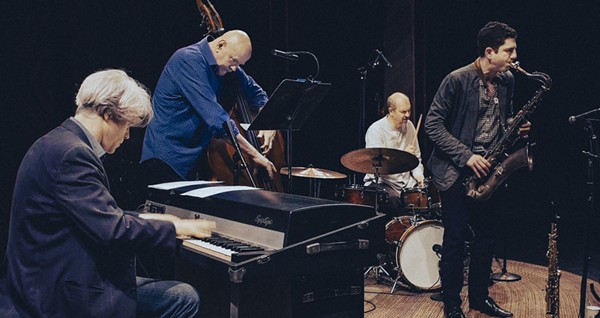