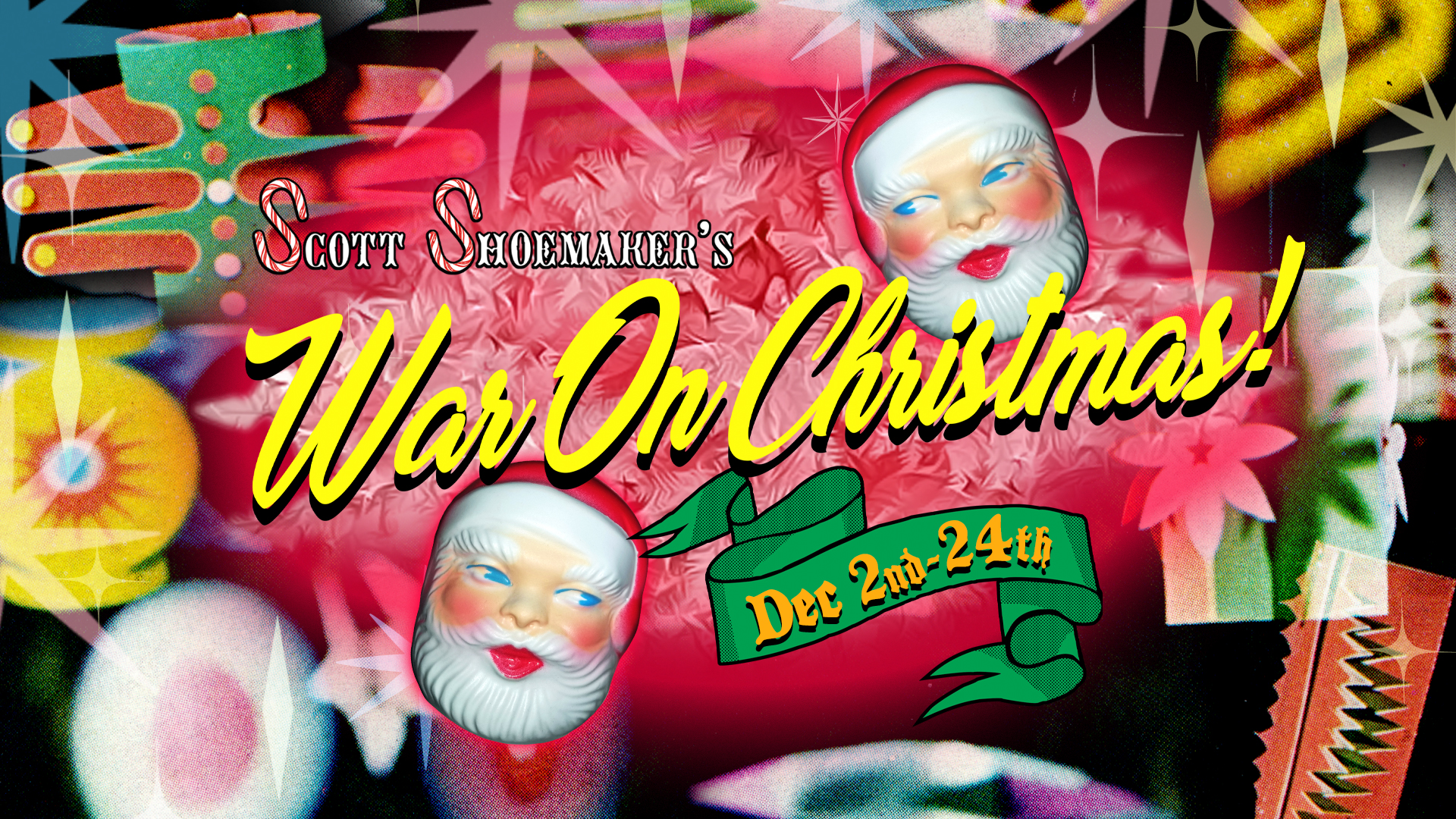 at Theatre Off Jackson

Christmas is saved! “Scott Shoemaker’s War on Christmas” is back! The all-star variety spectacular that quickly became a Yule Tide tradition returns to Theatre Off Jackson! Come spend an evening with Scott and a cast of Seattle luminaries as they try to figure out who’s fighting a war on Christmas and what for?

Joining Scott are an amazing group of illustrious superstars:
Ade

Come down to TOJ this December and treat yourself to some holiday cheer while you laugh your Christmas stockings off! But be warned...this show is definitely on the naughty list!

Shoes and Pants Productions is comprised of Freddy Molitch and Scott Shoemaker, the creators of the critically acclaimed Ms. Pak-Man Series, and winners of the 2015 Broadway World Award for Best Local Play and a 2017 Seattle Times Footlight Award. Their shows have played to sold out audiences in Los Angeles, San Francisco, New York and Seattle and they are so excited to share their twisted Christmas joy with you!