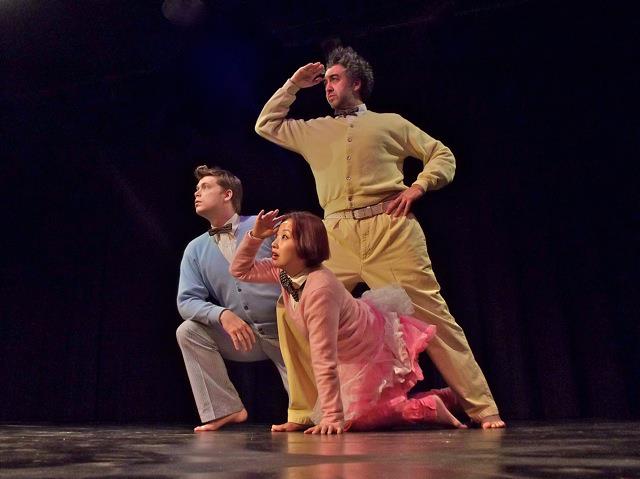 at Theatre Off Jackson
This event has passed.

Seattle’s own absurdist trio Le Frenchword brings its critically acclaimed original show “Fancy Mud” home after the Canadian fringe tour; a collection of abstract comedy vignettes bolstered by a pastiche of movement, music and a deep and meaningful exploration of all things dumb.

Directed by George Lewis, the story takes us from The Last Lame Three-Legged Dying Cow Of All Creation to the origins of the universe. With the help of cell phones, black holes, and The California Cute Cult, Le Frenchword delivers a pastel rainbow of laughter. Beware the flying bunny punch. Beware!

“I haven't seen anything this deeply, unapologetically off-the-wall in this city in a while...If you're game to think on some puzzling moments of beauty and weirdness, think about Fancy Mud.” - Seattlest

“It's like a well-acted Three Stooges routine, plumped up on pretension and massive amounts of processed sugar....Weird clown theater doesn't get much more charming than this.” - The Stranger

"The perfect pitch of humor and horror are spun to tasty perfection. Cheeky, demented, prolific, fiber-optic smart. This is an act of the purist theater. These three are purveyors of magic and are under-the-radar super stars.” - Seattle Gay Scene “They are so much fun I just want to run away from my life to go play with them.” -The Sunbreak