See the breadth and the width of the Deaf imagination with these films which include comedies and dramas. Please be advised these films may not be appropriate for young children.

Love Wins
Duration: 3 minutes
Director: Dickie Heart
Country: United States
A teenager struggles to find his sexual orientation despite his parent's disapproval in a homophobic enviroment. He needs to find that strength to face society's taboo and even more, his own parents who are suppose to be the first ones supporting him. Will he accept his own identity? Will his parents accept him?
Trailer | Website | Twitter | Facebook

The Deaf vs. The Dead
Duration: 8 minutes
Director: Dickie Hearts
Country: United States
When the zombie apocalypse breaks out in Los Angeles, an out Deaf man must find a way to survive and protect his loved ones, even if it means teaming up with some unlikely people.

Don't Shoot the Messenger (Episode 5)
Duration: 10 minutes
Director: Alexandria Wailes
Country: United States
Jacob, a sign language interpreter in NYC, is having a rough time in his dating life. He's got nothing exciting going on so he picks up a late night shift at the Video Relay Service call center. His night at work brings a lot more excitement into his life.
Website | Twitter | Facebook

Misinterpretation
Duration: 5 minutes
Director: Alek Lev
Country: United States
When one interpreter after another fails to keep up with Dakota's quick mind and quicker hands, she's pleasantly surprised by—and surprisingly attracted to Matthew—the one interpreter who can get the job done.
Website | Twitter

Sofie
Duration: 15 minutes
Director: Ella Jane New
Country: United States
Sofie is 17 years old and deaf from birth. One Friday evening, she is left alone to care for her Mother while her Father works a night shift. Sofie drifts in a timeless place somewhere between youthfulness and stark reality. When Sofie receives a text from her friend Luis, she breaks away from her responsibility and sneaks out to meet him. Sofie and Luis delve into a night of experimentation; Luis's friendship and peculiar strength cause Sofie to question her own motivations as she begins to struggle with feelings she's never experienced before. This is a coming-of-age story at once unique and entirely familiar.
Trailer | Website

This is Ed!!
Duration: 7 minutes
Director: Bob Hiltermann
Country: United States
A lighthearted comedy based on a true story, illustrates that the difficulties two deaf friends have communicating with each other, can have a humorous side. In the summer of 1973, Steve and Ed are best friends living in the same apartment complex, when Ed finds himself in need of Steve to help him out before an important date. A hilarious conversation ensues is a frustrated Ed tries repeatedly to make Steve understand that he desperately needs his assistance. Steve, using broken and outdated body hearing aids, is completely clueless to his buddy’s predicament which only leads to frustration for Ed until he reaches the breaking point.
Website | Twitter | Facebook

Beauty Scar
Duration: 9 minutes
Directors: Amelia Hensley & Jules Dameron
Country: United States
After an attempted suicide, a young man, Zane Carter, finds himself at a mental institution. When he arrives, he catches the eye of a rebellious and charismatic patient, Gabriella Monroe. When Gabriella loses her most prized possession and Zane finds it, the two learn that they have more in common than they thought, and Zane offers Gabriella a chance to win it back.

Silence
Duration: 7 minutes
Director: Maryam Pirband
Country: Islamic Republic of Iran
A young deaf woman has a hard job as a building window washer.  One day, something strange happens and she becomes a hero. Find out why.
Website

Mute
Duration: 4 minutes
Director: Isaiah Moore
Country: United States
Mute is a short film that celebrates deaf culture and American Sign Language, through friendship and acceptance. In a world where your words are limited, Alex learns a powerful form of visual communication with the help of a friendly face.
Website

Reel Life
Duration: 3 minutes
Director: Michael X. Flores
Country: United States
Drawn by a starlet into the world of a 1920's silent film, a man must learn to communicate in a world without sound.

Tama
Duration: 9 minutes
Directors: Jared Flitcroft & Jack O'Donnell
Country: New Zealand
Tama is about a young Maori Deaf boy who wants to perform the Haka. He is isolated within his family where communication is non-existent. His hearing dad, Hone, and younger brother Rongo do not know how to treat him well. One day on a near fatal car trip, Tama confronts his father with his own representation of the Haka. This experience is the beginning of his journey in growing from an undervalued youth into a proud young man.
Trailer | Website | Facebook 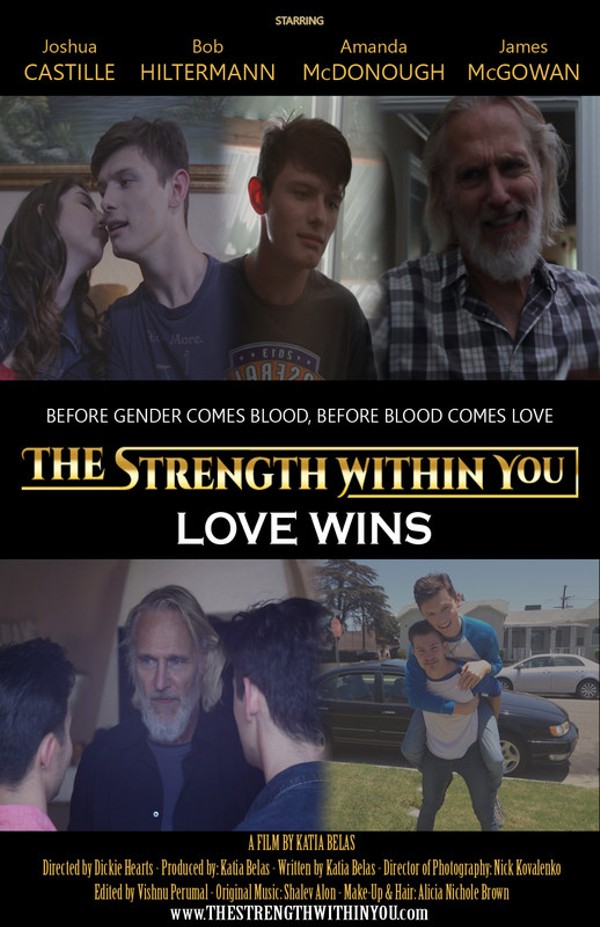 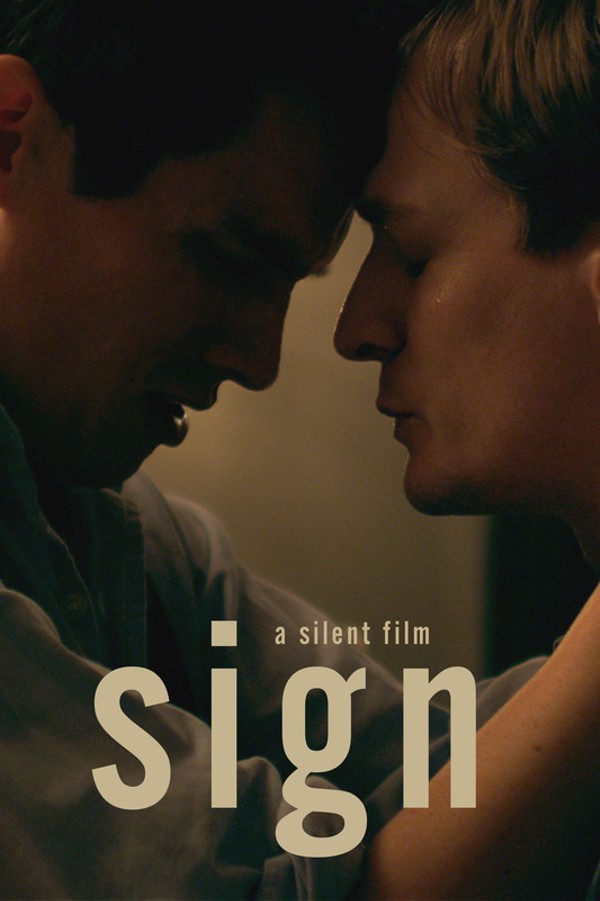 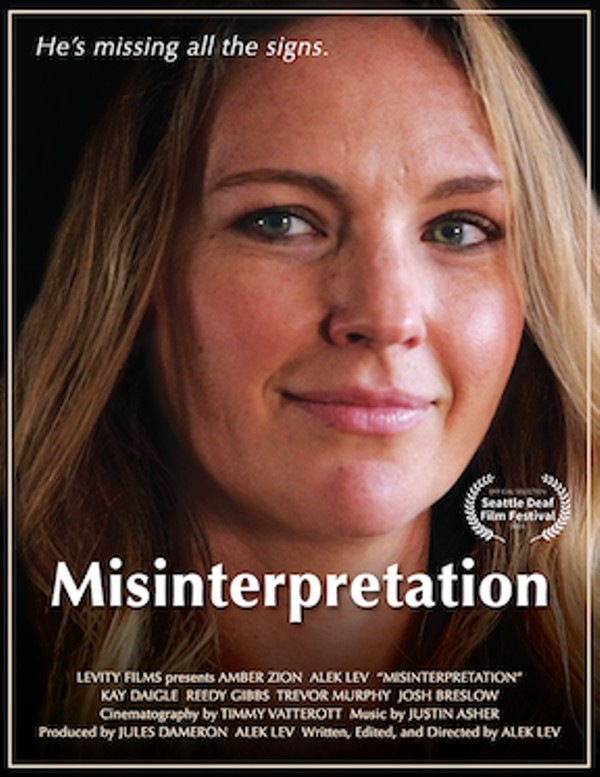 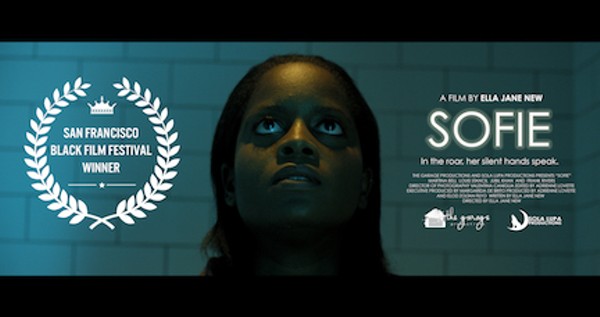 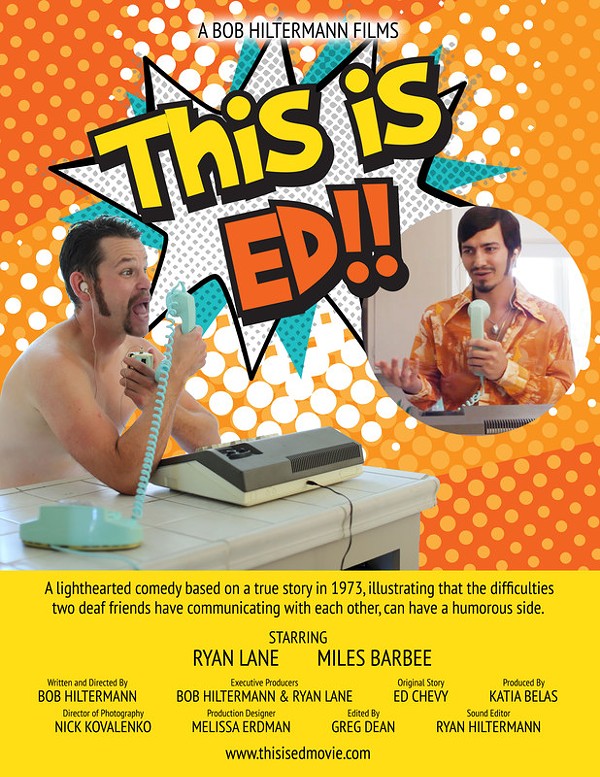 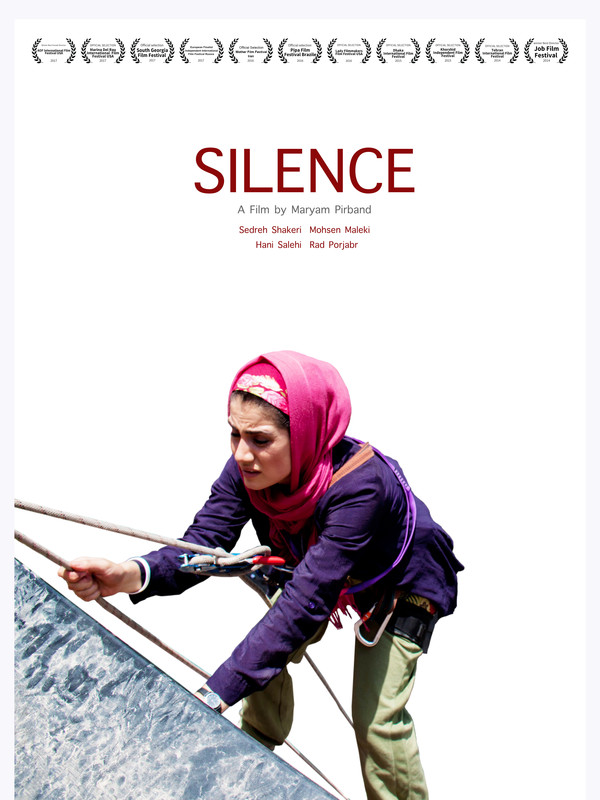 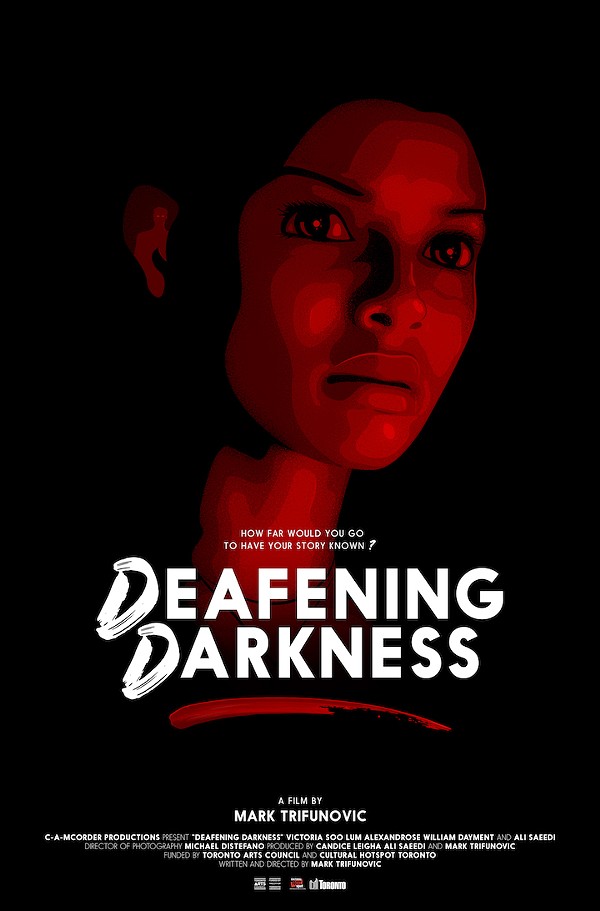 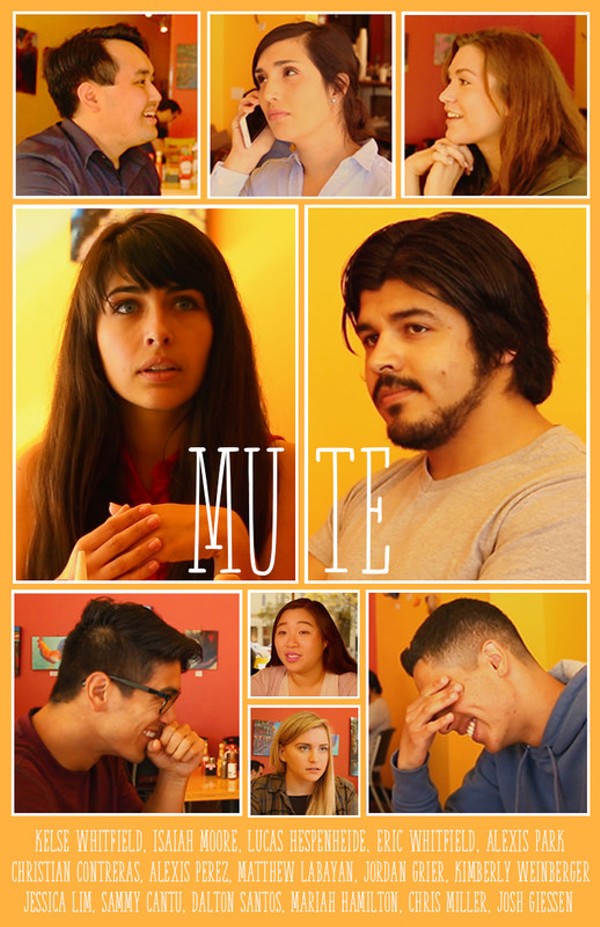 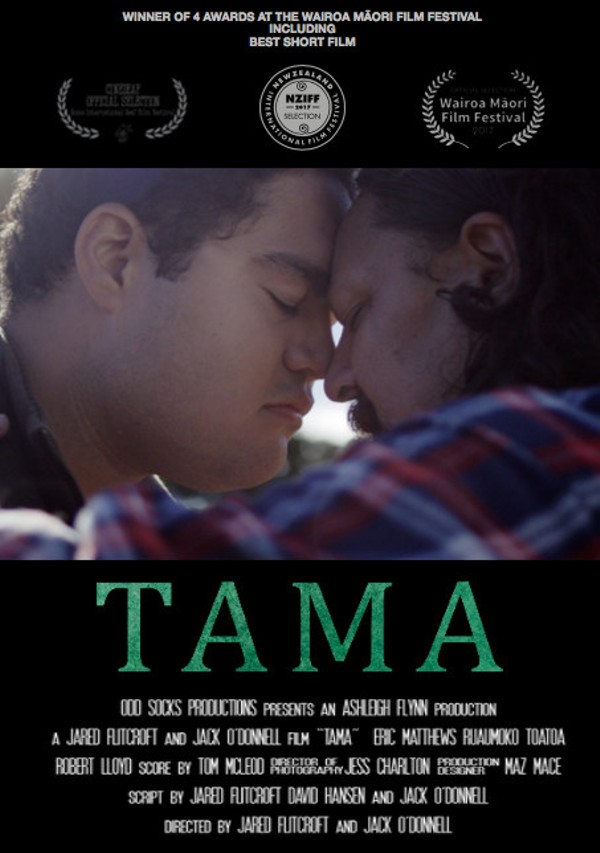 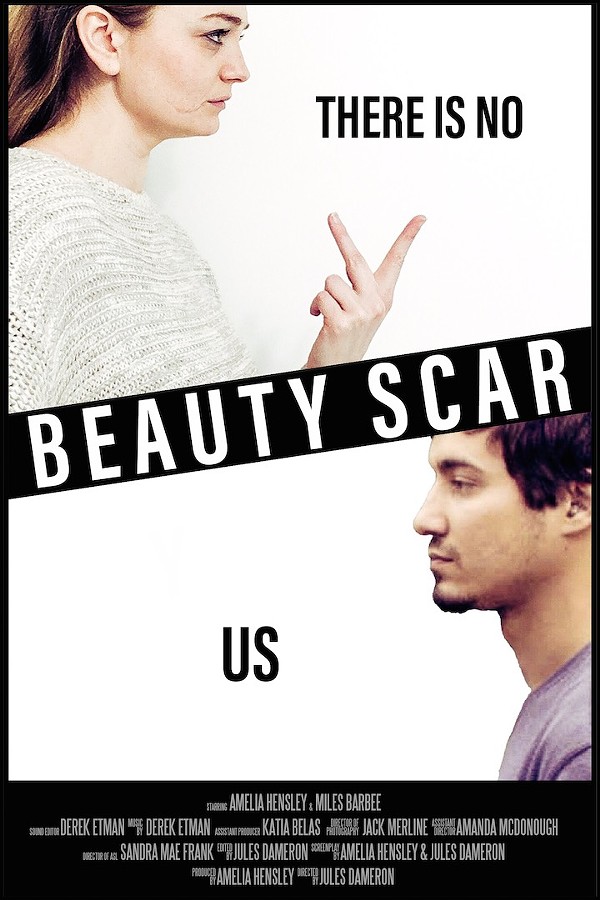