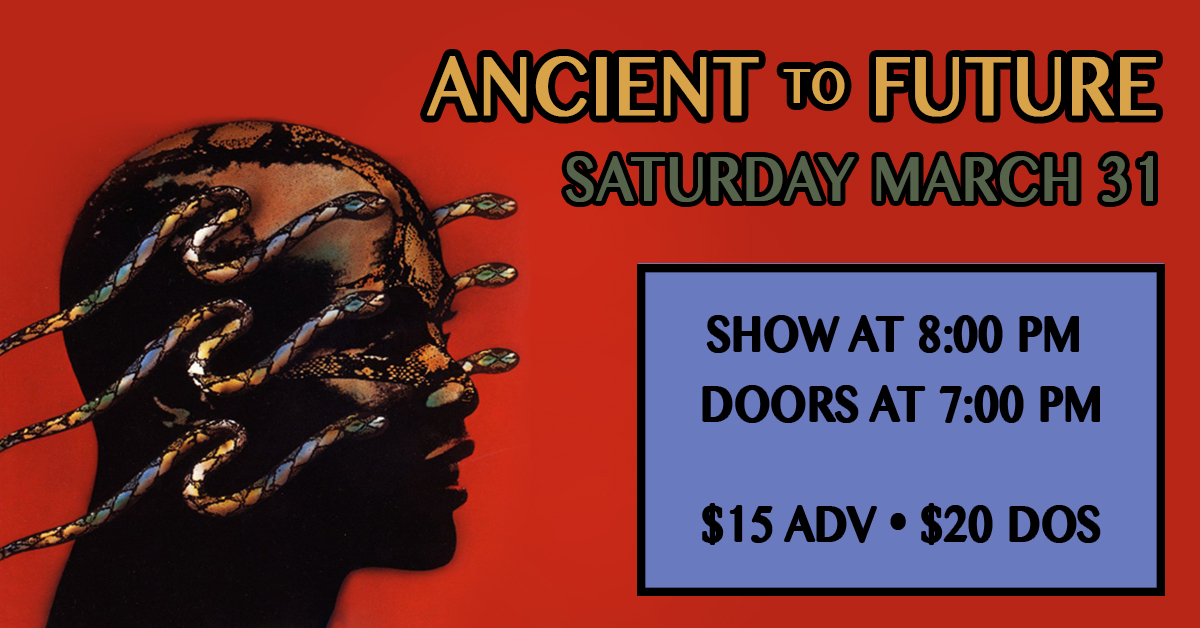 Henry Threadgill’s music is profound, deeply grooving, complex and just plain fun. Threadgill has been at the epicenter of the NY scene of the 80s and onward after spending his formative years in Chicago, and a member of the AACM. Threadgill’s music brings almost any American tradition one can think of together. He is the winner of the 2016 Pulitzer prize in composition. Greg Campbell and Alex Cline are both featured in this two drummer line up based on Campbell’s transcriptions of Threadgills large ensemble compositions.

Dave Sewelson, Peter Kuhn and Wayne Horvitz all met in Santa Cruz in the mid 70’s. Moving to NYC with many others at the same time, they all pursued creative music intersecting with a myriad of musicians including Frank Lowe, Lester Bowie, Philip Wilson, Butch Morris, John Zorn, William Parker, Bill Frisell and many, many more. Meanwhile Alex Cline was making waves on the LA scene and collaborating with many of the same musicians. This quartet brings together 4 long time collaborators, who cut their teeth on the improvised music of the 80’s, in an extremely rare appearance.

Soprano saxophonist Steve Lacy (1934-2004) has been perhaps the best known soprano saxophonist in the modern era of jazz, along with John Coltrane. Lacy fused the influences of early jazz (Sidney Bechet) with the pioneers of be-bop (Thelonious Monk) and the modernists (Cecil Taylor). Lacy was often known for his solo work, and duo with trombonist Roswell Rudd, who passed in 2017. Kate Olson, Seattle’s own premiere soprano saxophone, will present a solo set in homage to Lacy.

Beth Fleenor’s avant jazz, rock and noise band is the quintessential final act for Ancient to Future, with an emphasis on future. Loud, primal, and virtuosic the band re-defines so many facets of improvised music and song structures, with intense instrumentalism and transcendent vocals. Music for the 21st century. Lighting by Dave Verkade
“Ancient to Future”(*) was conceived in 2017 as a 3-day festival to celebrate the revolution in jazz and improvised music associated with the mid 60s - and that continues to this day. 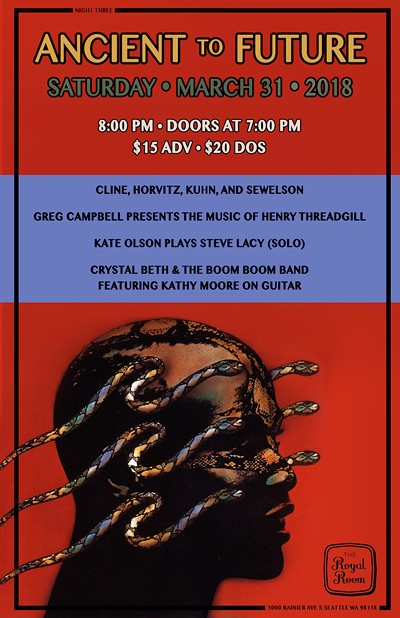