Grex is an art rock band based out of Oakland, California. In biological terms, “grex” refers to the aggregation of a multitude of tiny, amoeba-like creatures combining to create a superorganism. Grex (the band) works the same way: two musicians who can function as one, the whole greater than the sum of its parts.

Grex is a collaboration between guitarist/vocalist Karl Evangelista, a Los Angeles native, and keyboardist/vocalist Rei Scampavia, originally from Arlington, Virginia. The band’s mission: to explore the meeting point between fun, delightfully strange songcraft and the dark outer reaches of experimental music. The group has been called “an otherworldly experience” (Eugene Weekly) and “true genre warping music” (KFJC), recalling the explosive energy of Jimi Hendrix, the dark power of the Pixies, and the whimsical weirdness of Deerhoof. 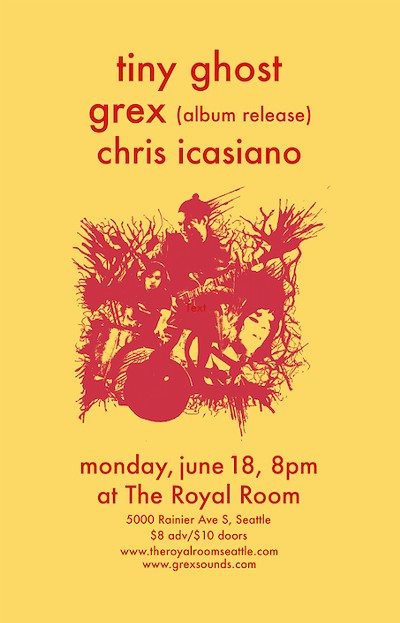