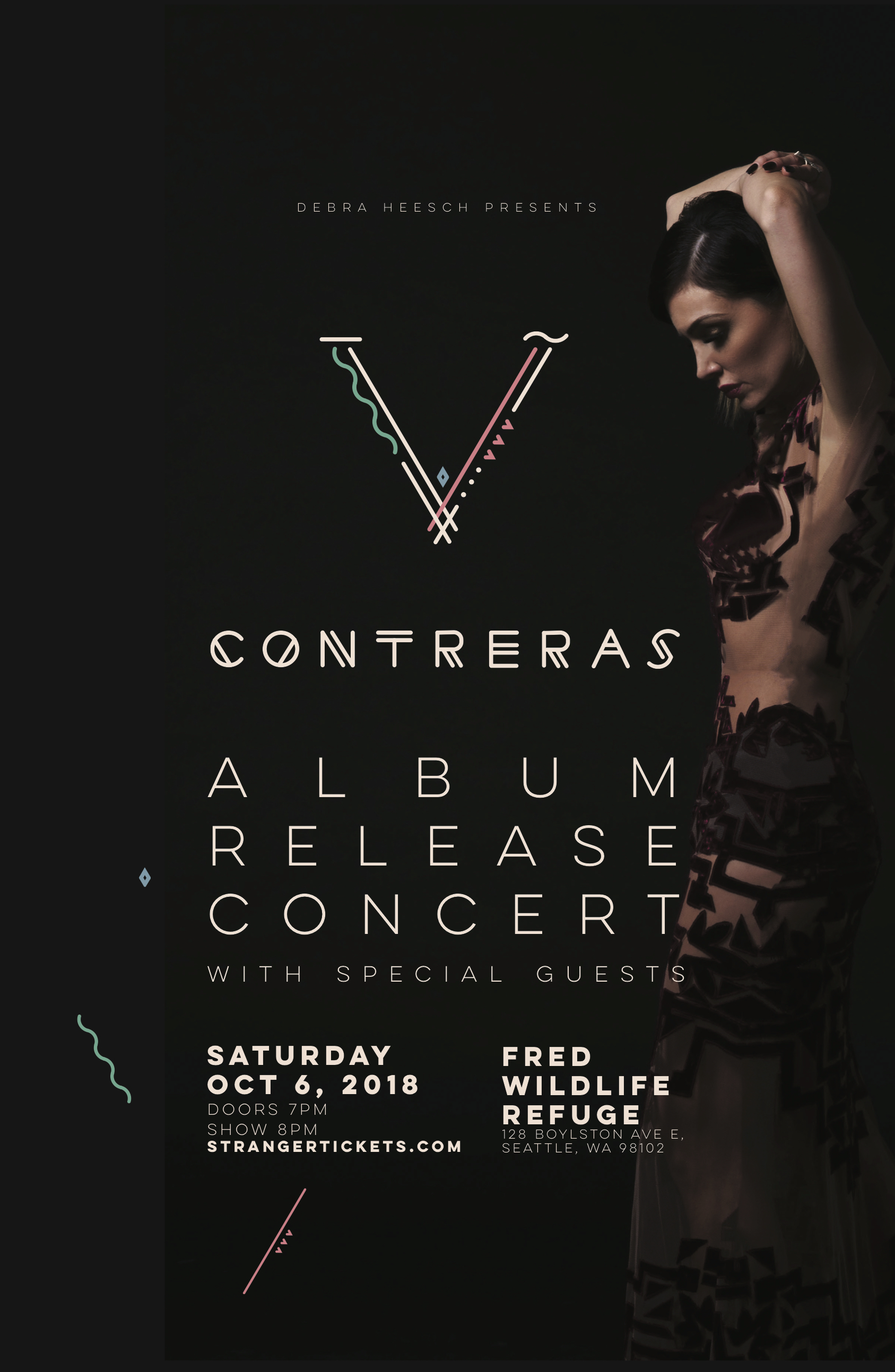 at Fred Wildlife Refuge
This show is sold out but we may be releasing a handful of tickets at the door.

This will be an evening to remember with gorgeous video backdrops, full band (V. Contreras, Rebecca Young, Jeff Fielder, Aaron O’Neil and Jason Staczek) and special guests including Okanomodé (Now I’m Fine), Eric Jaegar (Children of The Revolution), Andria Green, and a set by Limanjaya and Pooler feat. Alessandra Rose.

About the album: V.’s new sound leads with powerful beats, an expanded musical palette and lyrical introspection featuring songwriting collaborations with Mycle Wastman, Jeff Fielder and Martin Feveyear.  With her first single off the upcoming album LIKE IT’S YESTERDAY being picked up by Huff Post and her second single EXPIRATION DATING garnering 13,000 Spotify streams in 3 weeks, fans are clamoring to see what else her new album will unveil.