at TheFilmSchool
This event has passed.

TheFilmSchool proudly announces Seattle’s first WINTER WRITING INTENSIVE. Participants will be part of an intensive course of study during which they will pitch and then craft a treatment and screenplay premised upon their chosen idea. The goal of the WINTER WRITING INTENSIVE, a one-of-a-kind program, is to educate and train writers in the Northwest to begin careers in the film and television industry as writers/producers/entrepreneurs.

COLLABORATIVE WRITERS ROOM. As any WGA screenwriter will tell you, writing for TV and film demands that writers and producers function as a unit. As such, the Winter Writing Intensive will initially concentrate on developing the skills to pitch a viable idea in a critically supportive environment. Thereafter, participants will begin to craft treatments that will serve as the foundation of their screenplays and/or pilots. The Writers Room experience will be balanced with the development of the student’s individual writing skills in the conceptualization and writing of her/his individual script.

CHRIS LOCKHART is Hollywood’s foremost story professional.  As Story Editor at WME, the world’s largest diversified talent agency, Chris curates projects for A-list actors such as Denzel Washington, Michelle Rodriguez and Matt Damon, devouring screenplays, books, newspapers and pitches in search of potential film projects. As an educator and consultant, Chris has lectured around the world on the craft and business of screenwriting and consulted on countless films. Lockhart’s workshop, “The Inside Pitch”, was filmed for television, earning him an Emmy Award nomination.   Chris is a member of the WGA, PGA, and the Television Academy. He graduated from New York University’s Tisch School of the Arts with an MFA in dramatic writing and was awarded NYU’s Public Service Prize for his dedication to public education. 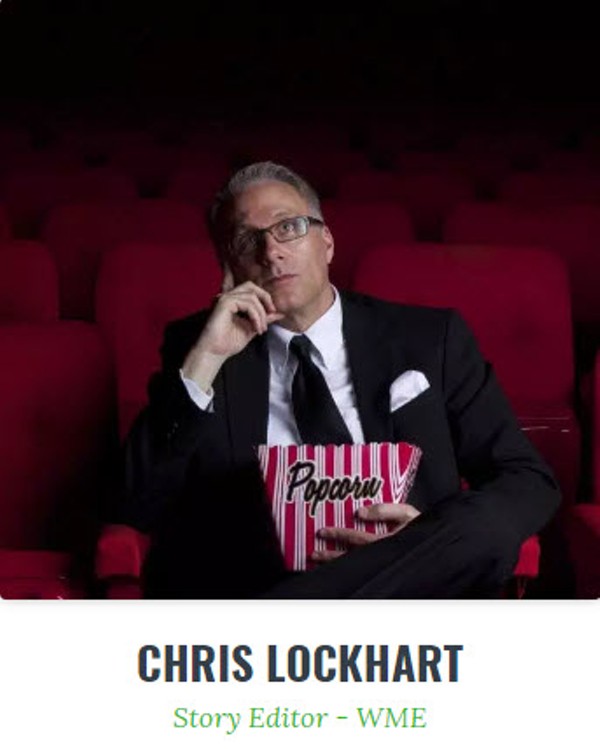