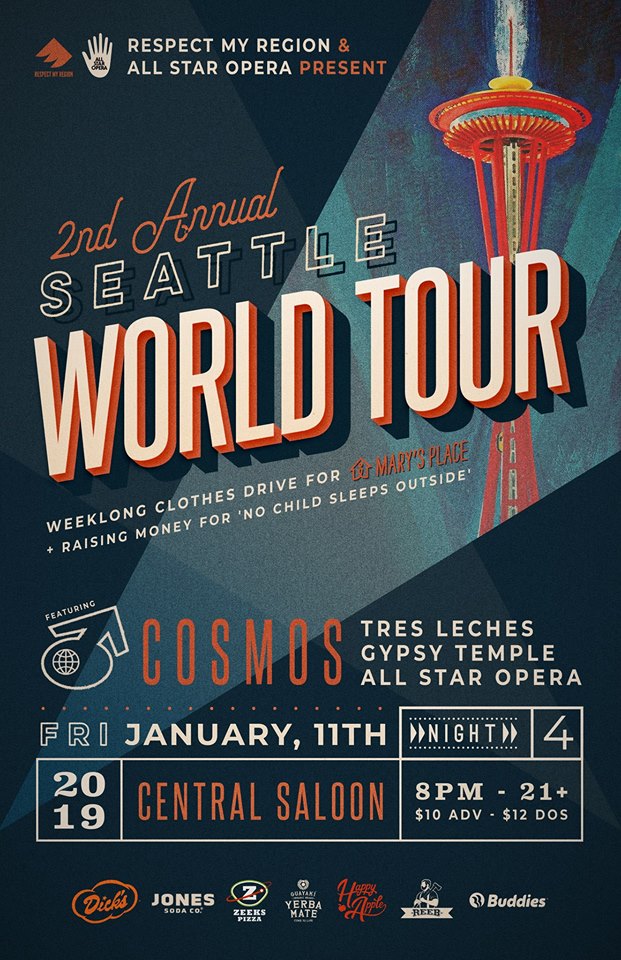 Based out of SEATTLE, All Star Opera at surface level is a Hip-Hop/Soul band.

Listen a little closer and one will find a collective of artists balancing a diversity of talents and influences. Two emcees, Flow Carter and Oz + a four-piece band play back and forth creating a vivid sound migrating between genres with both attitude and grace. This is Hip-Hop. This is Soul. This is a collective experience being channeled by a band of brothers in groove. This is a full moon in the middle of the day. Or as the six-fingered beast says, this is All Star Opera.

Carla Bell wrote in June 2018 for the Tacoma News-Tribune:

Now, pour that in your ear.

With a sound just that distinct yet familiar but also fresh, All Star Opera is like a new old friend.”

All Star Opera is the nexus where groovy, meets a rock star hustle; for the last two years the six-fingered beast has been tearing through the Pacific Northwest music scene. Since dropping their debut EP (2016) + LP (2017), the band has played 50+ shows all over the western United States, unleashing the magic at clubs, parties and many notable music festivals. To top it off, All Star Opera was voted Seattle Weekly’s ‘Best Band in Seattle’ 2017. With ASO the goals are simple, make great music and have fun while doing it.

COSMOS has had a great couple years in Seattle, playing at nationally-renowned festivals such as Capitol Hill Block Party, Bumbershoot and Sasquatch! Music Festival to name a few. They initially garnered attention from winning EMP’s (now MoPOP) Battle of the Bands competition in 2016 and since have been receiving attention all across the globe. In 2017, they were one of nine bands in the nation selected to be apart MUSICOLOGY—a battle of the bands event hosted at Prince’s Paisley Park Estate in Chanhassen, MN. To keep the momentum pushing, they released their debut mixtape MOONSHINE in March 2017 now available for streaming everywhere.

Tres Leches’ presence in the media is ever
expanding, their new album “Amorfo” finding itself
in The Big Take Over, The Seattle Times, The
Stranger, Seattle Met and more. The band has also
opened for Tacocat and Summer Cannibals as well
as played festivals such as Upstream and Folklife.

Like a door kicked through, Cameron Lavi-Jones and his alt rock ‘n’ roll band, Gypsy Temple, arrive poised in your sonic airspace. With an unbridled enthusiasm bolstered by youth and hard-earned talent, the Seattle-based five-piece emotes melodically driven songs while on guitar and electric cello rips, shreds and represents their hometown on each stage they occupy. Often called the ‘Mighty” Gypsy Temple, this band is most definitely reflecting a resurgence of youth driven alt rock that made Seattle famous in the 1990s. So much so that many say, given the prevalence of rising hip hop and R’n’B starts coming up in the PNW, Seattle alt rock is coming back but Seattle may be the last one to know.
From Miami to Austin to Chicago and LA; all across the country, the word is out on Gypsy Temple. Gypsy Temple is steam rolling its way to recognition just by being themselves and doing what they love. When you’re young, time moves differently. For Lavi-Jones, who is not 21 for another year, each week, month and year seems move at the speed of light. In one moment, the songwriter is learning the art of shredding from acclaimed Emerald City guitarist, Ayron Jones. Last summer, Gypsy Temple played high profile festivals, winning new fans by crossing genres, backing the rising R&B performer, Parisalexa and performing live on Seattle’s KEXP with hip-hop artist, LAZĀ (formerly known as Misundvrstood). And at yet another turn, the quintet was asked to perform at Seattle’s MoPOP museum for a Pearl Jam-produced show to celebrate the debut of Pearl Jam’s new exhibit and benefit homelessness relief. To the astonishment of many, Gypsy Temple initiated their own Make Your Voice Heard Loud & Vote campaign and toured high schools and colleges throughout Washington performing on a flatbed truck registering a whopping 3200 plus youth voters. In many ways Gypsy Temple is running for rock and roll office updating the old rock and roll guard with the new assuring the resurgence of rock in the Pacific Northwest and beyond. This band’s motto is just keep playing live, keep putting out music and continue their relentless effort to embrace the genre that once made Seattle the most important rock and roll city in the world.
Looking to the future, though, Gypsy Temple will have ample time to grow along with their burgeoning fan base. Youth for this band is no hindrance. Instead, it’s an inspiration. With eyes and ears wide open to the world going on around outside their studio window, Lavi-Jones and his crew write songs about their lives and the navigation it takes to stay above proverbial water. The band is as prolific as it is original with a defined sound centered around Lavi-Jones and his band mate wilsonlikethevolleyball (aka Wilson Rahn) on guitars and Cory Cavazos on electric cello. The drums drive the entire big sound with Kai Hill’s committed performance. Hamoon “Moon” Milaninia has been with Lavi-Jones the longest since high school and Milaninia’s unapologetic bass playing rounds the band out perfectly.
Award-winning producer, arranger, songwriter, multi-instrumentalist Phillip Peterson (Portugal the Man, A$AP Rocky, Tennis Pro, Taylor Swift, Maroon 5, Pink) works with the band to craft Gypsy Temple's guitar- and cello-infused signature sound. “Gypsy Temple is young, talented and has a very defined authentic alt rock sound that is so dynamic they get your heart beating within 8 bars. Live, at 20 years old, Gypsy Temple is already he best of the best” says Peterson.
October 2018 Gypsy Temple released their first ever single “Pick A Number,” and will soon release the accompanying music video before they drop their new full-length album on CD and Vinyl titled King Youngblood, in Spring 2019. The album is produced by Cameron Lavi-Jones, Phillip Peterson and Lavi-Jones’ mentor producer/bassist Maurice Jones Jr.
Look for new singles and cross genre collaborations popping from Gypsy Temple until the album release and beyond. Based on their current ubiquity and constant touring schedule, the “Mighty” Gypsy Temple are a rock and roll rocket exploding for the ever growing underground faithful. Buckle Up. 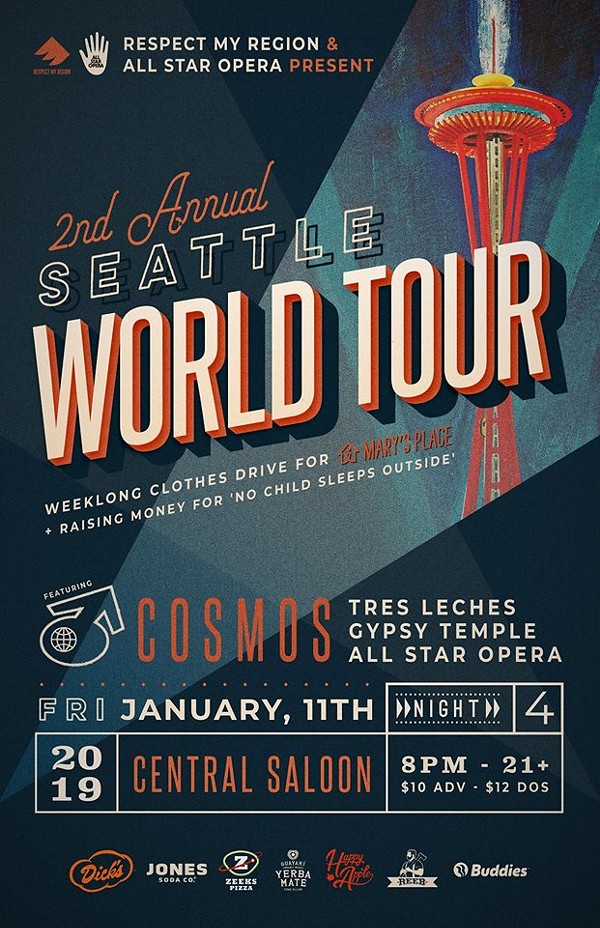 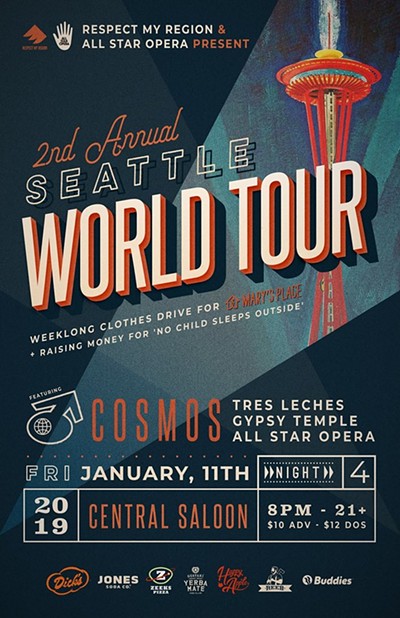