at Lo-Fi
This event has passed.

Vibragun mixes the hard-driving shimmer of early 90's british alternative with hips and swagger that would make Marc Bolan proud then slingshots the whole payload heavenward in a blast of cosmic rocketfire.


Since their formation just a couple of years ago, Salt Lake City’s No Sun have been quietly crafting loud, confident, and modern shoegaze. Originally a solo project for singer/ guitarist Jordon Strang to experiment with, No Sun has since grown into a nuanced and voluminous four piece.

In the tradition of Swervedriver and Failure, and contemporaries like Nothing and Pity Sex, They play shoegaze for those who can appreciate the loudest and dreamiest aspects of the genre. Lyrically, the band leans mostly toward introspection and existential doubt, and Jordon's coping with depression, anxiety, and love. 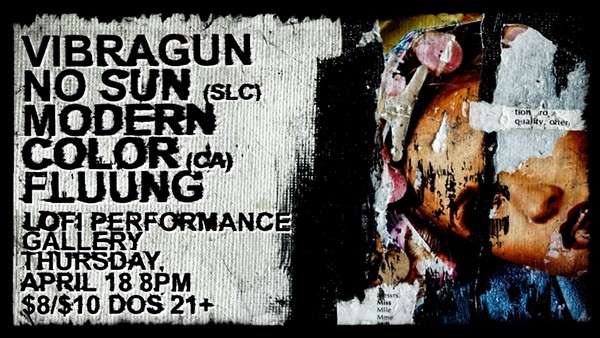