at Town Hall Seattle
Online ticket sales have ended but we have plenty of tickets left and will be on sale when doors open at 6:30 p.m. at Town Hall.

Tracing an ancient pilgrimage route from Canterbury to Rome, the bestselling and “virtuosic” writer Timothy Egan explores the past and future of Christianity.

Please join us for a special, publication day talk by Seattle writer Timothy Egan, who will speak about his new book, A Pilgrimage to Eternity: From Canterbury to Rome in Search of a Faith.

Books will be distributed at the event. Unclaimed, pre-purchased books will be available for pick up at the Elliott Bay Book Company for 30 days after the event and then donated.

More about A Pilgrimage to Eternity:

Moved by his mother’s death and his Irish Catholic family’s complicated history with the church, Timothy Egan decided to follow in the footsteps of centuries of seekers to force a reckoning with his own beliefs. He embarked on a thousand-mile pilgrimage through the theological cradle of Christianity, exploring one of the biggest stories of our time: the collapse of religion in the world that it created. Egan sets out along the Via Francigena, once the major medieval trail leading the devout to Rome, and makes his way overland via the alpine peaks and small mountain towns of France, Switzerland and Italy. The goal: walking to St. Peter’s Square, in hopes of meeting the galvanizing pope who is struggling to hold together the church through the worst crisis in half a millennium.

Making his way through a landscape laced with some of the most important shrines to the faith, Egan finds a modern Canterbury Tale in the chapel where Queen Bertha introduced Christianity to pagan Britain; parses the supernatural in a French town built on miracles; and journeys to the oldest abbey in the Western world, founded in 515 and home to continuous prayer over the 1,500 years that have followed. He is accompanied by a quirky cast of fellow pilgrims and by some of the towering figures of the faith–Joan of Arc, Henry VIII, Martin Luther.

A thrilling journey, a family story, and a revealing history, A Pilgrimage to Eternity looks for our future in its search for God.

Timothy Egan is a Pulitzer Prize-winning reporter and the author of eight books, most recently The Immortal Irishman, a New York Times bestseller. His book on the Dust Bowl, The Worst Hard Time, won a National Book Award for nonfiction and was named a New York Times Editors’ Choice, a New York Times Notable Book, a Washington State Book Award winner, and a Book Sense Book of the Year Honor Book. He writes a weekly opinion column for The New York Times. 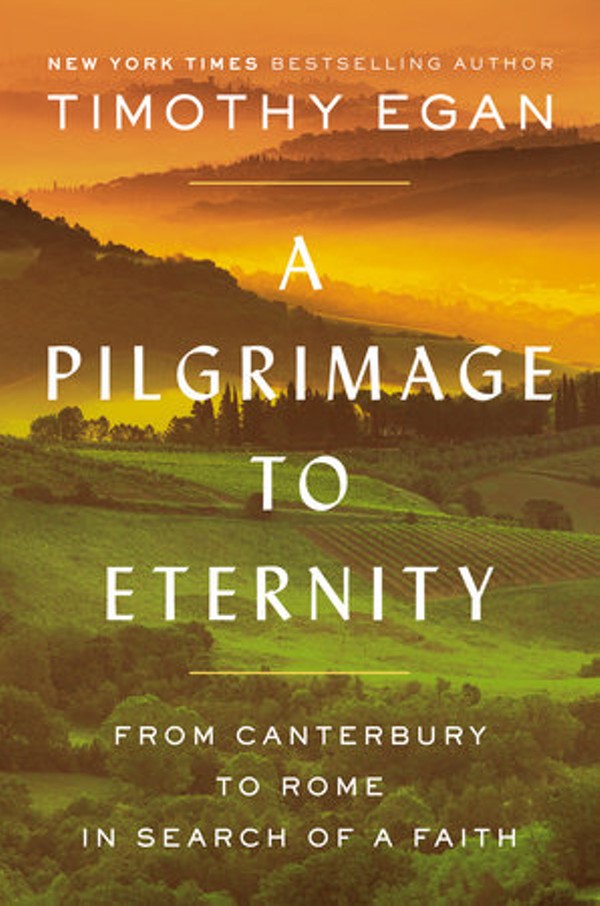 Rebecca Solnit: Recollections of My Nonexistence