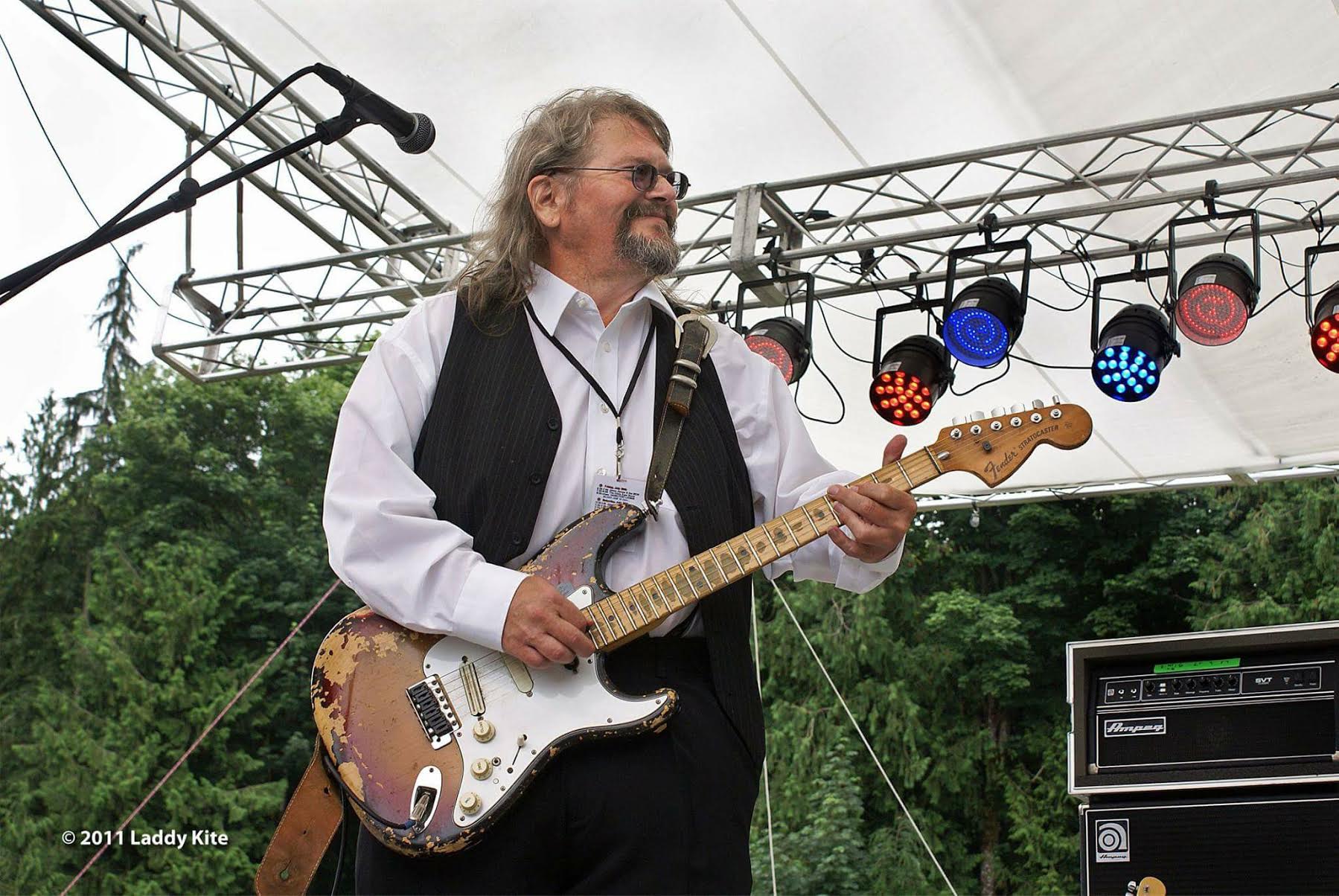 Beloved not only as a legendary blues and rock guitarist and singer but as an incredibly creative, intelligent, and compassionate human being, “Fat James” passed away peacefully on Tuesday, August 15th. In the last 48 hours of his time with us, he was surrounded by people who loved him and who serenaded him out of this life

Well known for his soulful baritone voice and soaring Stratocaster solos, James was a pillar of the Pioneer Square live music scene with B.I.G. (Blues Industry Giants) and the Fat James Band in the 1990s and in subsequent years. The Fat James Band opened for Jimmie Vaughn in 1998 at the Moulin blues Festival in Holland and toured extensively across North America. The Fat James Band also performed with noted artists Keb’ Mo’, Paul Rodgers, and others. The Seattle Times called James “a force of nature”, and this resonated with all who knew him

James accomplishments included winning the West Coast Regional category at the Yamaha/Ticketmaster Music Showcase in Los Angeles, and the Washington Blues Society 2007 B. B. Award for Lifetime Achievement. His best known hit, co-written with Dave Cashin of the Fat James Band, was “Sweet Dreamer”, which was in regular rotation at KISM and solidified his reputation as a musical contender. James’s musical legacy carries on in the many musicians he mentored in his career and in the hearts of all who knew and loved him.

While James established himself musically in Seattle, he spent the last decade of his life in Bellingham, which bears many similarities to his once New Zealand home. Surrounded by a community of chosen family, musicians, and friends, James continued to make music regularly despite struggling with significant health issues. His will to live and joie de vivre are well known and he was a fixture at musical parties, benefits, and jams right up until his final weeks.

When asked what he wanted less than 36 hours before slipping into unconsciousness, James said that he wanted a “ruckus” to celebrate his life; that he did not want to be forgotten. To honor his wishes, there will be two Memorial Ruckus events, one in the greater Seattle area, and one in Bellingham. Please join us as we commemorate and celebrate our beloved and dearly departed friend. The memorials will feature community sharing and storytelling, photos, videos, and recordings of James, some of which have never been publicly released, performances by those who collaborated with James, and performances in tribute to this man who was so well loved by those of us who had the privilege of knowing him. 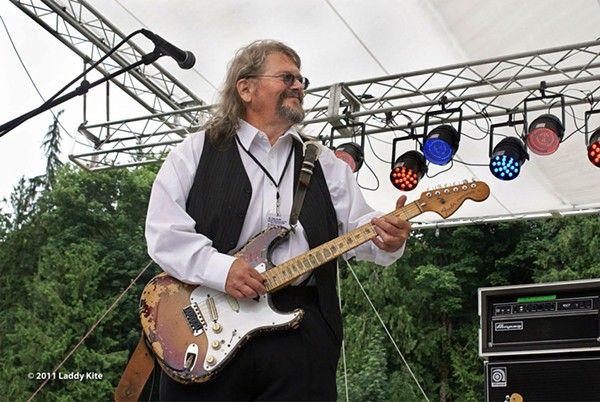 Sweet Jesus • Swinson & The Expidition • Will Rainier and the Pines

Gus Clark & The Least of His Problems