A life between grey coastlines and ragged mountains gave Amanda Winterhalter a scope for the gothic Americana music she creates with her Seattle-based band. Joined by Geoff Larson on upright bass, Nick Drozdowicz on electric guitar, Rick Weber on drums, and Ed Brooks on pedal steel, the band showcases an arcing sound that weaves together threads of 1960s girl group AM pop, gritty indie Americana, and blues-tinged southern rock. Their diverse range informs a new Americana that connects with the heart and mind as quickly as the ears.

After her 2016 debut, Olea, the band released their second LP, What’s This Death on October 4, 2019. Glide Magazine calls it “A courageous work of the aching soul that is equally stunning and thought-provoking. Winterhalter showcases head-turning vocals that makes for a fascinating Adele meets Wanda Jackson vocal stew.”

Darren is known in the Northwest as a guitarist and songwriter and has routinely shared the stage with Bill Frisell, The Long Winters, Ian Moore, Wayne Horvitz and more.

The Seattle Weekly said, "(Darren's band) Juke’s self-titled debut is one of the more moving to come out of the Northwest in recent years…they could be the one to watch."

Dual stars glowing in the dark night sky, Aline Vida and Wes Speight blend the best of their musical essences to present a single-minded glow that illuminates everything around them. Powerful, poignant vocals tumble with gravelly electric guitars to bring
forth an illuminated sound both new and numinous. It shines. 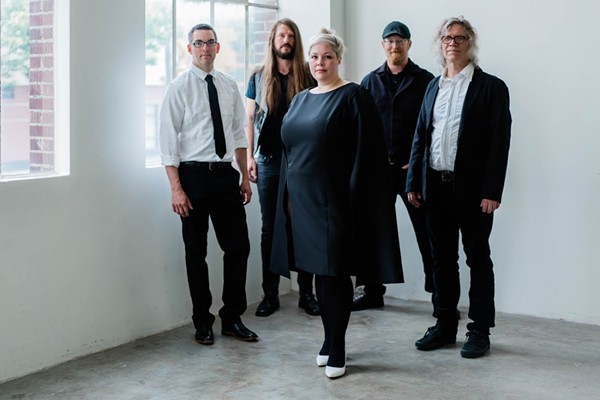