Winterstate is an indie and pop-rock band led by singer-songwriter Kelvin Killmon and multi-instrumentalist Alex Ortberg. The pair met as grad students at Berklee College of Music’s campus in Valencia, Spain and have continued to write and record new songs together inspired by feel-good bands like The Killers, Mae, Anberlin, Incubus and Foo Fighters.

Alex’s tight, driving rhythms and clean, multi-layered approach to composition provide the musical bedrock for the group. Kelvin brings anthemic melodies and rich vocal harmonies to the mix. His insightful lyrics tackle an impressive array of topics - from small town love affairs to celebrating life in the face of chronic illness.

Drea Marilyn is a singer/songwriter and multi-instrumentalist hailing from San Diego, California now living in Seattle, Washington. Her sound has been compared to Feist, Norah Jones, Fiona Apple, with a slight bossa nova feel. She's best known for her earnest lyricism, catchy melodies, and captivating live performances. Her band, Drea & the Marilyns, has been described as “If Feist, Karen O, and Sade wrote sad songs you can dance to”. Originally started in South Korea, Drea & the Marilyns has toured all over Asia and North America. Current members are Drea Castillo, Toni McGowan, Nate Gniffke, Omz Velasco, and Drew Shreve. Their featured single 'Moons' has been nominated for "Women in Charg3 2015", and in January of 2018, Drea Marilyn and her band performed at The NAMM Show in Anaheim.

Gniffke is a singer / songwriter who describes his sound as "bright colored music from the emerald city". His newest release, "Changes", draws from Americana, Blues, Folk, and Rock.  Nate notes that "Changes" represents the blood, sweat, and tears of the past 7 months and serves as a musical and aesthetic response to his self-titled EP. 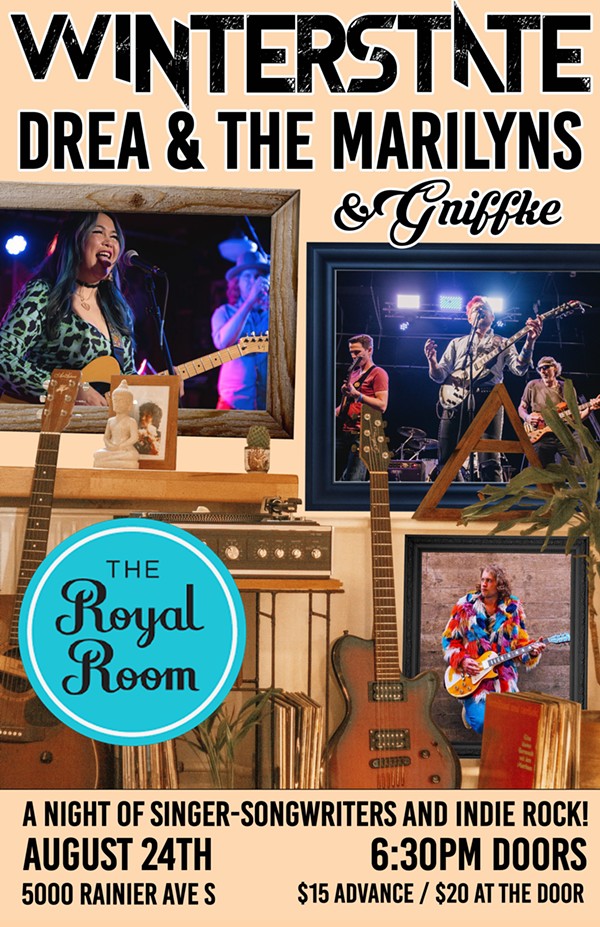