The Secret Sound Adventures started during the "Lock Down". The spirit moved three brothers to create a platform that served as a vehicle of unfiltered, raw, musical exploration and discovery. The founding members, Tim Davis (the left-handed drummer), Grammy award winner Owuor Arunga (trumpet/Sound Engineer), and Darren Palmer (Engineer) are all leaders in their craft and have kept Seattle LIT for decades! From their early days playing at house parties and "Backyard Boogies", they have now taken the "Sound Adventures" to the main stage. Audiences have really come to appreciate the reckless abandon and atmosphere they create with their music. They can be best described as "HipHop meets BeBop" and everything in between. If you missed these guys last March, you do not want to miss them again! PREPARE TO ME MESMERIZED!  DJ Topspin will be taking us into the late night after the show. So be ready to get your groove on afterwards!

For a GUARANTEED table/seat, text Tish BEFORE the day of the event. *Proof of vaccination is still needed for entry.* 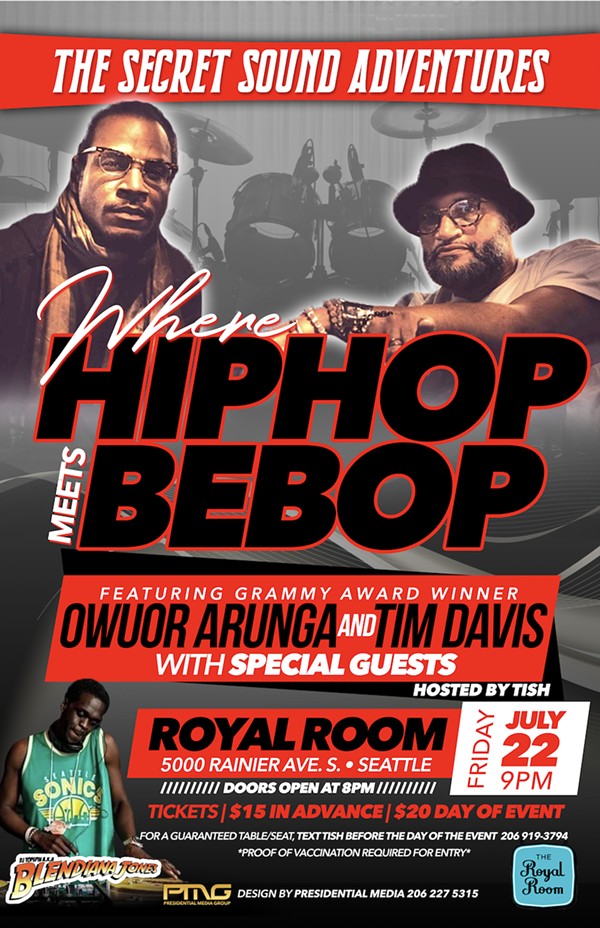