COVID PROTOCOLS: All our staff are fully vaccinated, and we ask that our patrons be vaccinated as well. Our staff will be masked, and we encourage our audience to wear masks as much as possible.
Advance tickets can only be purchased online-we do not sell advance tickets at the venue. Refunds are not available within 48 hours of the event. Tickets do not guarantee seating during shows at the Royal Room. Seating is first come first served. The Royal Room is All Ages until 10pm.

Mike Dillon & Punkadelick makes its recorded debut with Inflorescence, an album of heady, instrumental rock highlighting a band deep in the throes of creative freedom, road tested and wild. Consisting of 10 tracks in 42-minutes, it’s an expansive, focused and fearless collection, representing a world where Duke Ellington and Augustus Pablo rub shoulders with crate-digger exotica, the freak-funk of Parliament and the ‘anything fits’ outsider ethos of acid-fried punks like The Meat Puppets.

During 2020 and 2021, while many music venues were still shuttered, the group began touring, sweating their way through cuts Dillon and Haas had composed during quarantine writing sessions. Locking in on stage, it quickly became clear the band was functioning at a level that made the hair on their arms stand at attention—even for three live music veterans accustomed to life on the road.

“It became obvious to let this become a collaboration,” Dillon says. “This is really something all three of us are doing because we have so much love for one another and a love for the music that we started creating.”

“There’s only three of us, but we move together like a big, nasty school of fish,” Haas adds, laughing.

During the tail end of a 2021 tour, the band booked time to record with engineer—and functioning fourth band member—Chad Meise, and Inflorescence sprouted. Opener “Desert Monsoon,” sets the stage with a spiritual-jazz intro of organ, vibraphone, percussion and wordless vocal coos before crackling to life as a swaggering funk strut. The title track, and “Pandas,” dig into thick dub textures built around Glaspie’s drumming and Haas’s subwoofer-straining bass synths.

“Apocalypse Daydream,” which appeared as an exotic head-nodder on 2020’s Shoot the Moon (titled “Apocalyptic Daydreams”) is reborn as a meatier jazz-rock slab where Dillon and Haas circle each other like Television performing as a lounge act on a cruise ship sailing seas of psilocybin.

Bending ears and surprising audiences has long been part of Dillon’s MO and Glaspie and Haas act as perfect foils for forays into the weird. While Dillon bristles at the “punk jazz” tag, punk rock and jazz remain core influences to the band, in sound and spirit.

“We’re students of the titans of music. We grew up listening to punk and rock ’n’ roll but we also love instrumental music—particularly the forefathers of Black American Music. In our minds, Led Zeppelin and Milt Jackson, Parliament-Funkadelic and The Minutemen, The Bad Brains and Frank Zappa are interconnected influences,” explains Dillon. “All that comes together in how we approach instrumental creative music. Both punk rock and jazz are not prefab things, they’re about the freedom. We have no genre restriction in this band, and people who get it really respect that.”

Maybe the greatest example of the band’s punk-steeped sonic free-for-all is “Slowly But Surely,” a track Dillon told Haas to compose as if he were “writing for Queens of the Stone Age.” The song plays like QOTSA translated to piano runs, vibes and deeply swinging drums—big-riff stoner rock upended and played with huge smiles by America’s premier proponents of the unclassifiable.

“We try to challenge our listeners,” Dillon says. “We’re touching a nerve with people who maybe don’t want to see the same songs done in the same variations all night long,” continues Dillon. “Part of my mission is taking these instruments that are primarily designed for the orchestral or jazz world and taking them to the rock world, the club world, running them through pedals and effects. We’re not afraid to be soft, or to surprise. That’s what we all do in this band — get beyond our own conceptions of what music is supposed to be.”

“We are so blessed and lucky to do what we do for a living — it’s apparent in the music,” Glaspie chimes in. “It doesn’t matter how the day is going, but we get to the club, set up and crush the gig, all the other stuff doesn’t matter. We’re likeminded individuals who love life, love people and want to spread happiness.” 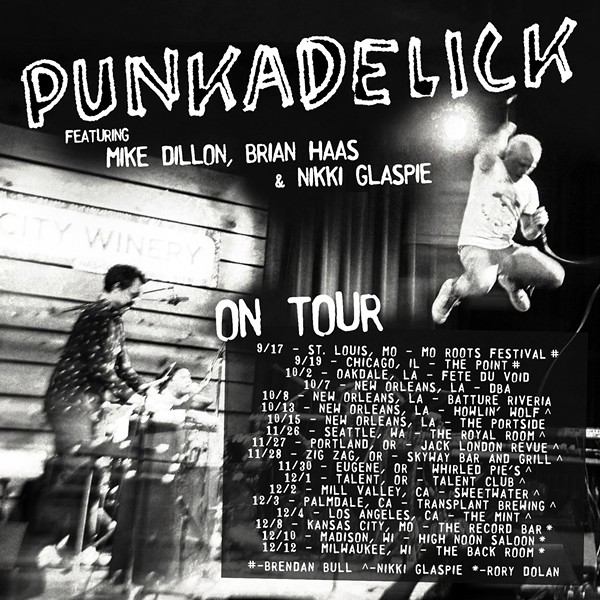 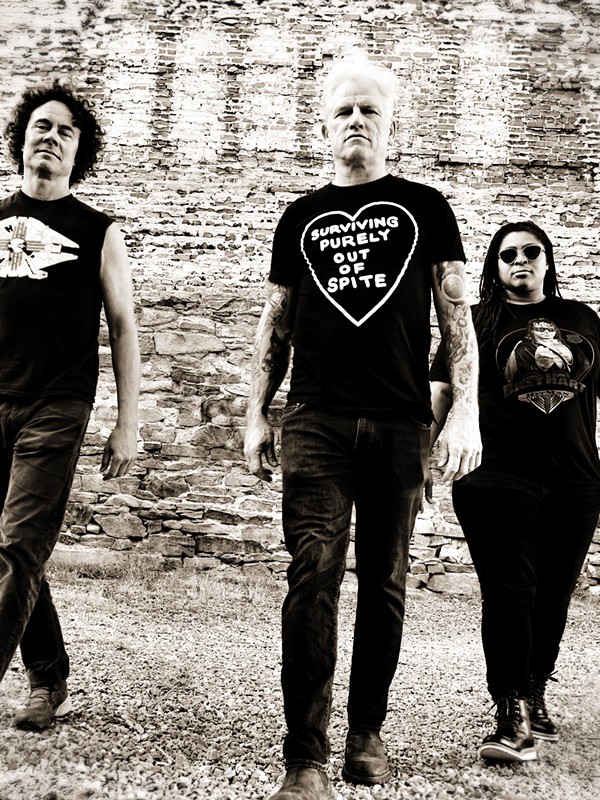 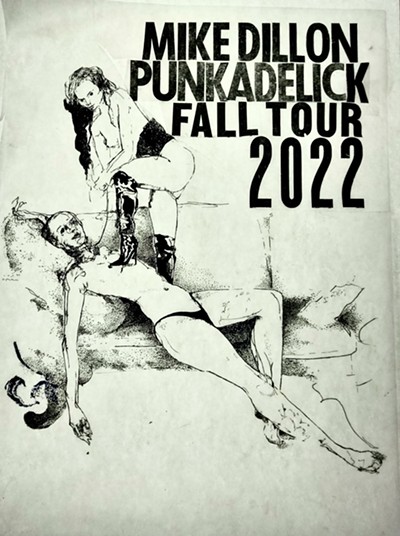