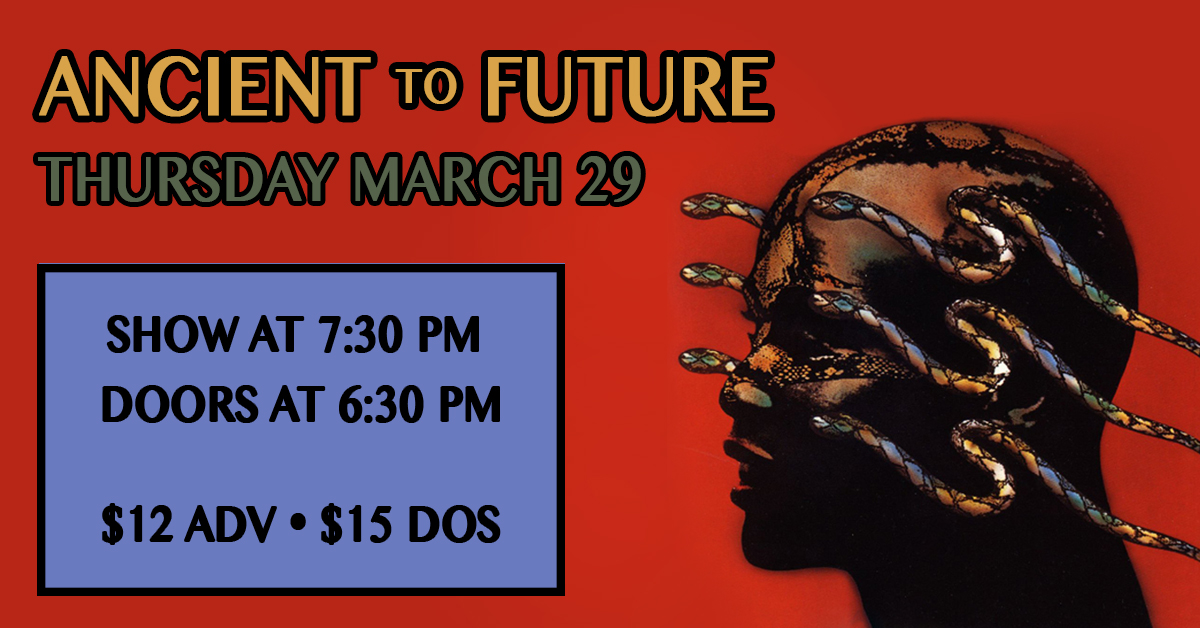 7:30pm - Fanfare for the Warriors: The Art Ensemble of Chicago

Led by pianist Wayne Horvitz, Fanfare for the Warriors was a seminal recording for the AEC that includes some of their most muscular, and most whimsical, music during the period right after residing in Paris in the early 70’s. The record includes special guest Muhal Richard Abrams, mentor and founding father of the AACM. Feayuring Nathan Breedlove, Ayesha MusicBox Brooks, Jamal Nance and Levi Gillis.

Sharrock, known for his incredible guitar work with Pharoah Sanders, Miles Davis, Last Exit, Herbie Mann, Linda Sharrock and Bill Laswell. “Ask the Ages” is considered by many to be Sharrock’s finest, and sadly was also his last. Produced by Bill Laswell, the original record featured Elvin Jones and Pharoah Sanders. With Chris Icasiano on drums!

Eric Dolphy bridges the moment between post be-bop and the “free jazz’ of the 60’s working with John Coltrane and Charles Mingus among others. His own albums are classics and utterly unique. Ruby Dunphy, a senior at The Cornish College of the Arts and the drummer for Seattle’s “Thunderpussy”, represents a whole new generation paying homage to, and re-imagining the music of this singular voice in American music.


“Ancient to Future”(*) was conceived in 2017 as a 3-day festival to celebrate the revolution in jazz and improvised music associated with the mid 60s - and that continues to this day. 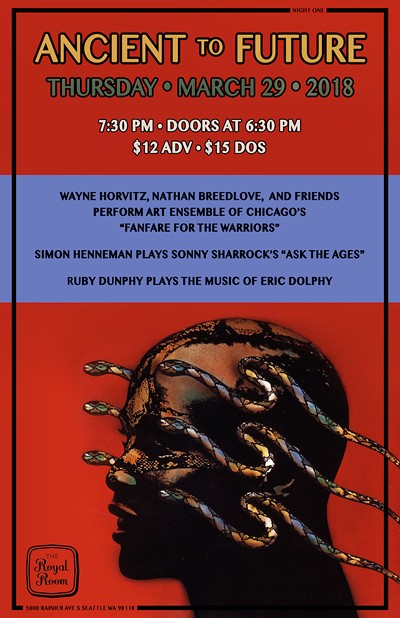