Cahalen Morrison grew up surrounded by the deep roots of country music; he played in his first country (and ranchero) band as a precocious 13 year old. Leaving New Mexico as a young man, his music began to branch out. “I did what every teenager does, and decided to go down the rock, and whatever road,” Cahalen explains. “But then I came back around to acoustic music, and now back to country. I love the focus on singing and the songs; I love the deep sincerity, the absurd humor… But obviously, overall, I really just love the music.” That full circle journey enabled Cahalen to develop a sound that sets him apart from other country artists.

Exploring acoustic roots music and touring internationally with his acclaimed Seattle duo Cahalen Morrison & Eli West, he learned from the guidance of friends like Tim O’Brien and Kelly Joe Phelps. With his new project, Cahalen Morrison & Country Hammer, and his new album, he’s taken all these influences and distilled them into a new form of American roots music, at once literate and profound, but written in the language of the country greats.
Website 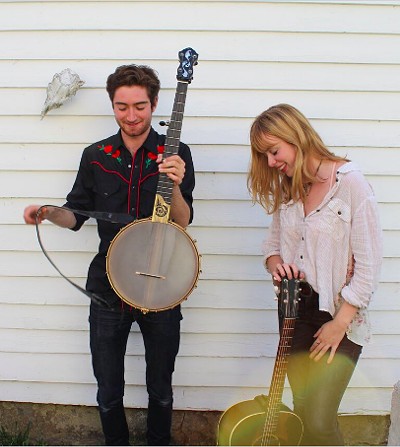