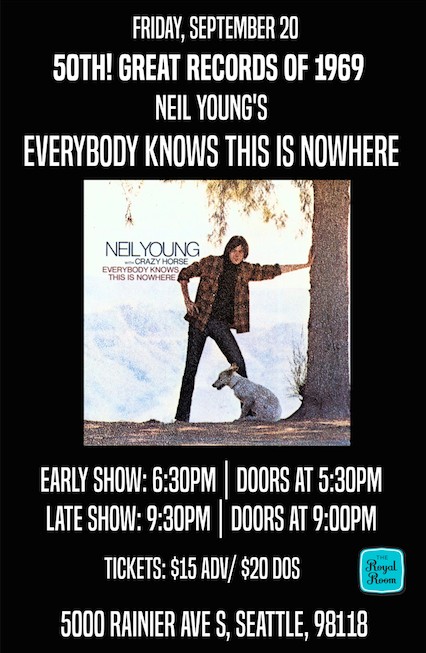 (EARLY SHOW) 50th! Great Records of 1969 – Neil Young's Everybody Knows This Is Nowhere

Everybody Knows This is Nowhere was the first album by Crazy Horse (the trio of Danny Whitten-guitar, Ralph Molina- drums, Billy Talbot-bass) and maybe a “greatest hits” record before it was even released. A year and a half after its release, it became a gold album, and it has since gone platinum. In 2003, the album was ranked number 208 on Rolling Stone magazine's list of The 500 Greatest Albums of All Time.

The album includes well known songs Cinnamon Girl, Down by The River, Cowgirl in the Sand and more.

50th! Great Records of 1969: The Royal Room’s annual celebration of classic records released half a century ago.