Returning to The Royal Room on August 21st for their first concert in nearly five years, The Greenblatt Generations Quintet is fronted and co-lead by father and son, Dan and Tatum Greenblatt. Sharing a love for the classic hard-bop era of jazz, the Greenblatts present a musical offering of standards and originals that reflects two lifetimes of musical education, experiences, and influences.

The elder statesman of the group is saxophonist and renowned educator Dan Greenblatt. Dan has been performing and recording in Seattle and New York for nearly 40 years with a wide variety of jazz artists including such nationally known figures as George Cables, Rufus Reid, Jimmy Heath, Ben Sidran, and Peter Bernstein, as well as Seattle Jazz Hall-of-Famers Chuck Metcalf, Floyd Standifer, Don Lanphere, Buddy Catlett, Marc Seales, and Jay Thomas. He has been a faculty member at Cornish College of the Arts, The Northwest School, and Roosevelt High School in Seattle; while in New York he was on the faculty at The New School for Jazz and Contemporary Music as well as the La Guardia High School for Performing Arts. Currently he teaches at Edmonds-Woodway High School. He is also the author of two books on jazz improvisation—The Blues Scales and Minor Is Major!, both published by Sher Music—as well as scholarly studies of the relationship between music and language.

The younger Greenblatt, Tatum, is a proud product of Seattle’s incredible music culture, growing up under the tutelage of legendary directors Scott Brown, Robert Knatt, and Clarence Acox. Now based in New York City, he has been recognized by The New York Times as “a trumpeter of versatility and poise”, and is widely regarded as one of the most in-demand professionals across a wide range of styles and genres. Tatum appears frequently with The Jazz at Lincoln Center Orchestra, in performances at Rose Hall, touring domestically, and having recently recorded on The 50’s: a Prism, Big Band Holidays Vol 2, and Ted Nash and Glenn Close’s Transformation. He has also been a member of the Grammy-Award Winning Mingus Big Band for over fifteen years, performing regularly in New York and touring internationally. From 2010-16, Tatum toured with the legendary bassist and singer Richard Bona, traveling to over sixty countries across six continents, and has also performed and/or recorded with Blood Sweat & Tears, George Gruntz, Dr. John, Christian McBride’s Big Band, Jimmy Heath, Sachal Vasandani, Christian Sands, Ulysses Owens, Emmet Cohen, Macklemore, Bastille, Grizzly Bear, Shaina Taub, Orrin Evans, Roy Hargrove’s Big Band, Toshiko Akiyoshi, and The Vanguard Jazz Orchestra, among many others. Tatum is also active on Broadway, having played on more than a dozen productions, including holding the trumpet chair for three years on Beautiful: The Carole King Musical. As a bandleader Tatum has released three albums to critical acclaim. His most recent, Imprints, was awarded “Critic’s Pick” by DownBeat Magazine. Outside of his performance career, Tatum is a dedicated educator. He currently serves on faculty in the Jazz Department at The Juilliard School and spent five years on faculty at Rutgers University. He also performs many roles within the Education Department at Jazz at Lincoln Center, including as Director of the award-winning Jazz at Lincoln Center Youth Orchestra. 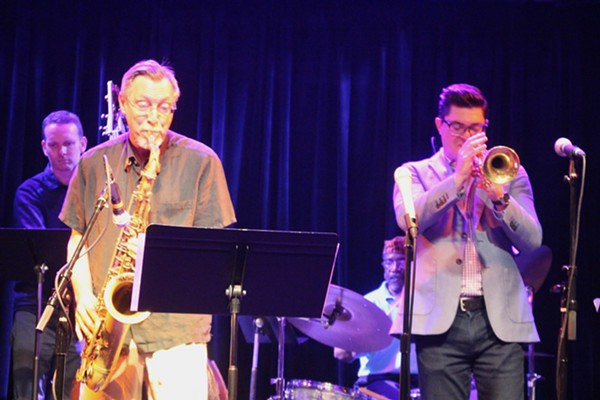