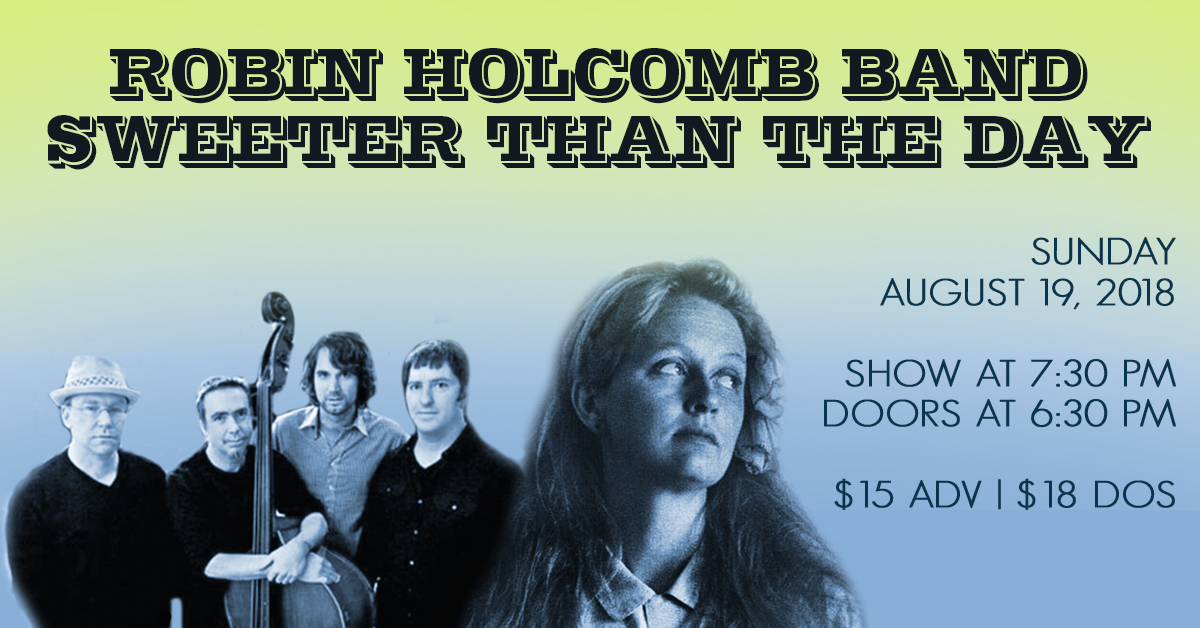 To guarantee a good seat, please make your dinner reservation by emailing reservations@theroyalroomseattle.com

“Attempt to define her music if you care to, but Robin Holcomb has defied strict categorizations since her emergence on New York’s downtown scene, more than thirty years ago. Now living in the Pacific Northwest, this fascinatingly eclectic pianist, composer, and singer has few qualms about mingling folk, jazz, chamber music, and points between and beyond in arresting original music.”
— The New Yorker, March 2017

Formed in 1999, Sweeter Than the Day began simply as the acoustic incarnation of Zony Mash. The band played a series of weekly shows at Seattle’s Baltic Room (curated by Reggie Watts), and quickly became Wayne Horvitz’s first piano-based ensemble in over 10 years, and one of Wayne’s longest-running groups, as well as one of his favorites. Despite the shared personnel, the ensemble is quite distinct from the electric Zony Mash and the repertoire is almost entirely different. The band has toured throughout the US, Canada and Europe. Sweeter Than the Day also presents double bills with Robin Holcomb, where it serves as Robin’s backup band. 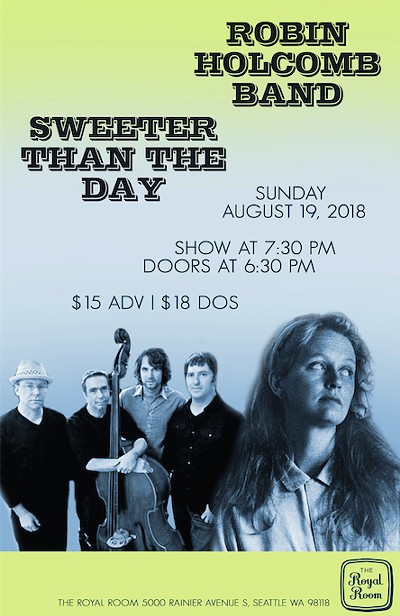