The Royal Room presents “BOWIEx2,” a two-show David Bowie retrospective featuring Seattle’s own BowieVision. The 7:00 PM show focuses on the hyper-creative period from 1969’s Space Oddity to 1977’s Heroes and features songs from classic albums like The Man Who Sold the World, Hunky Dory, Ziggy Stardust and the Spiders from Mars, and Young Americans. The 9:30 PM show spans the last four decades of Bowie’s career with a diverse array of songs, including Ashes to Ashes, Let’s Dance, Modern Love, I’m Afraid of Americans, As the World Falls Down, Under Pressure, and Lazarus.

While others imitate, BowieVision elevates. Foregoing the pretense of wigs and makeup and focusing instead on interpreting David Bowie’s eclectic and expansive musical catalog, BowieVision raises the bar for what a tribute band can be.

In fact, a BowieVision performance is better described as a celebration than a tribute. While lead singer Stefan Mitchell’s dynamic vocals and sense of showmanship are impressive enough, he also shares Bowie’s rare gift for connecting with an audience by creating an atmosphere that’s simultaneously epic and intimate, an approach that resonates with audiences on a deeper level than mere impersonation ever could.

Although Bowie’s personas have been ever-changing, his music is timeless. It’s this realization that elevates BowieVision above the realm of trite nostalgia. It may be a bold statement to make about a “tribute” band, but it’s a fact: BowieVision is the real deal. Accept no imitations. 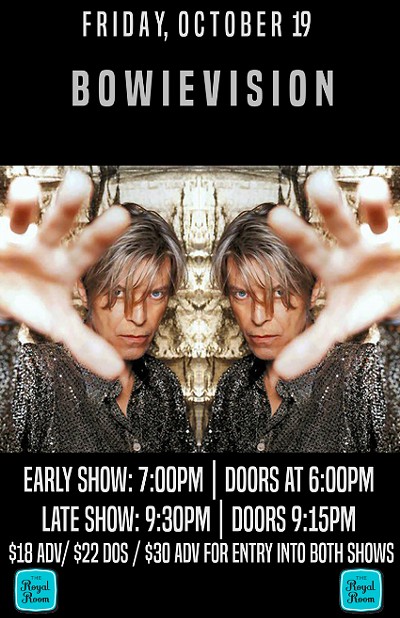