at Gallery Erato
This event has passed.

It’s time to get hot and sweaty

SWEATLODGE is going to bring you to another level, a new height of salacious, sexy Indigenous bodies shakin what the Creator gave them! SWEATLODGE is the first all Indigenous burlesque show in Seattle, and is right on time for Pride!

See you all soon!

A portion of the proceeds are benefitting the Pan Eros Foundation for hosting SWEATLODGE in its venue.

Early Bird - through Friday June 3rd
Regular presale - June 4th through 4pm on June 24th
At the door - cash or credit card
VIP ticketholders get access to the front seating section and more.

Sweatlodge and After Party (PoC Only After 12) 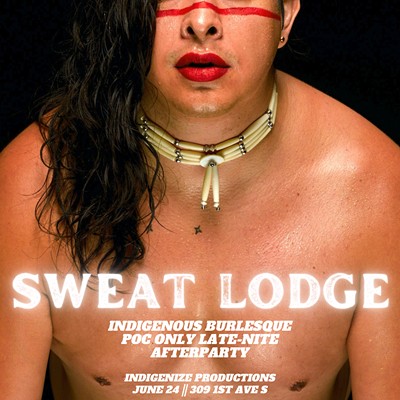