at Gallery Erato
This event has passed.

What happens when the star of Flesh Gordon, a producer on the run from the IRS, a grammy award winning composer and lots of cocaine try to make the first "pornographic musical"?

See the infamous movie, uncut, along with a trivial filled running commentary by exploitation movie nerd Monk (of Twisted Monk Rope fame) and see for yourself. Hear the story behind the film and the ongoing controversy that still surrounds it. One night only!"

For Monk, the “Golden Age of Porn”, 1969-1984, was about more than just the films created. The films of this era, also known as “grind house” or exploitation”, represent never before seen expressions of daring creativity when reflected against the tectonic shifts in the political culture, social upheaval, and radically changing views on obscenity and censorship. Through this series, Monk hopes to introduce, or reintroduce, you to some of the films from the era, while adding historical context and info not just about the films, but how and why they were able to be created. In the end, hoping you can enjoy them not just as a stand alone work, but more of a cultural time capsule from an unprecedented time in our shared history.

Admission includes popcorn.
Water available. Please bring your own bottle or cup.
Non-alcoholic drinks will be available for sale.
Open to all 18+ 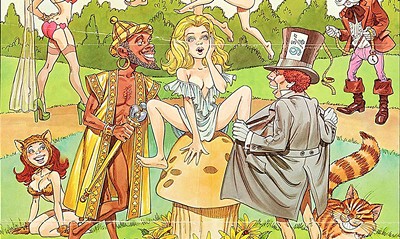 Intro to Active Flexibility for Rope

How to Eroticize Almost Anything

The Realm of Decadent Delights